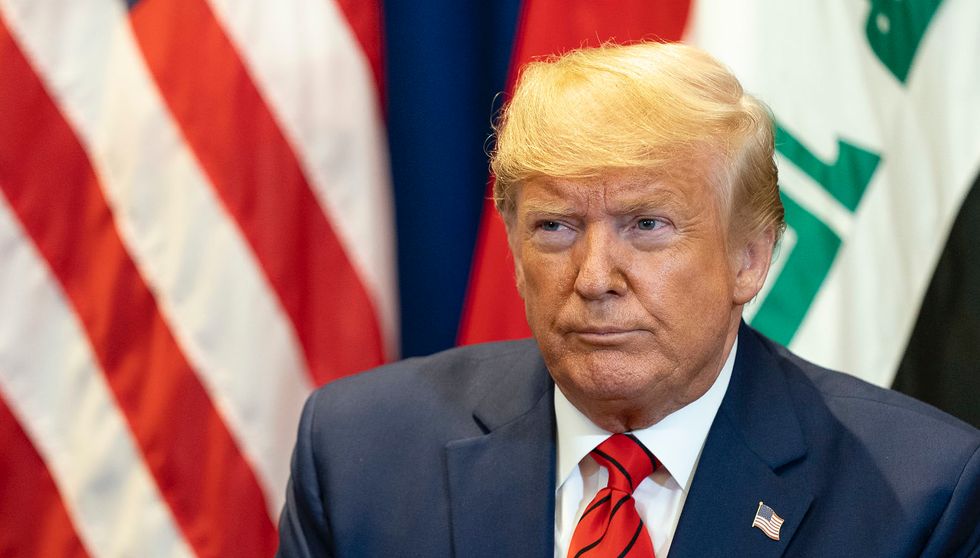 This week — with the Ukraine scandal raging on and House Speaker Nancy Pelosi finally coming out in favor of an impeachment inquiry — the White House circulated a memo of pro-Trump talking points addressing the controversy. One of the talking points is that when Trump spoke to Ukrainian President Volodymyr Zelensky by phone on July 25, there was never any type of “quid pro quo” — he didn't explicitly offer U.S. aid in exchange for an investigation of his potential political opponent, Joe Biden, as some suspected.

But conservative writer and attorney David French, in an article for the National Review, argued that the abridged transcript of Trump’s phone conservation with Zelensky does, in fact, demonstrate a likely quid pro quo.

"I’m honestly puzzled that Trump’s defenders online are claiming any kind of vindication over the contents of this transcript," he wrote. "It admits one profound abuse of power, and it implies another, even worse, violation of the public trust."

Although right-wing politically, French has been highly critical of Trump and believes he has been terrible for the Republican Party and the conservative movement. And the Ukraine scandal, according to French, gives conservatives yet another reason to reject Trump.

French notes that “near the beginning of the call,” Trump tells Zelensky that the U.S. has been “very good” to Ukraine but that he “wouldn’t say” Ukraine has been “reciprocal” to the U.S. — and according to French, “It’s plain that Trump wants something from Ukraine.”

French goes on to say that after Zelensky asks for more Javelin missiles from the U.S., Trump tells the Ukrainian president, “I would like you to do us a favor, though, because our country has been through a lot, and Ukraine knows a lot about it.”

Trump supporters have been claiming that when Trump discussed Biden with Zelensky, it was perfectly innocent. But French doesn’t see it that way, noting that Trump went on after asking for the favor and told Zelensky: "The other thing, there’s a lot of talk about Biden’s son, that Biden stopped the prosecution and a lot of people want to find out about that, so whatever you can do with the Attorney General would be great."

French noted that Zelensky seems to understand what Trump is asking for and says he'll be on the president's side.

Analyzing the conservation, French stresses that there was clearly some type of “quid pro quo” here — and Rudy Giuliani, Trump’s personal attorney and former mayor of New York City, was part of that agreement.

“I highlight the quid pro quo aspect of the transcript because the other published report — that Trump asked that Ukraine work with Giuliani to investigate Joe and Hunter Biden — is clearly and unequivocally established,” French explains. “The transcript provides proof that Trump made a completely improper request that the president of Ukraine work with Trump’s personal counsel to investigate a political rival. It provides strong evidence that this took place in the context of a quid pro quo for desperately needed military aid.”