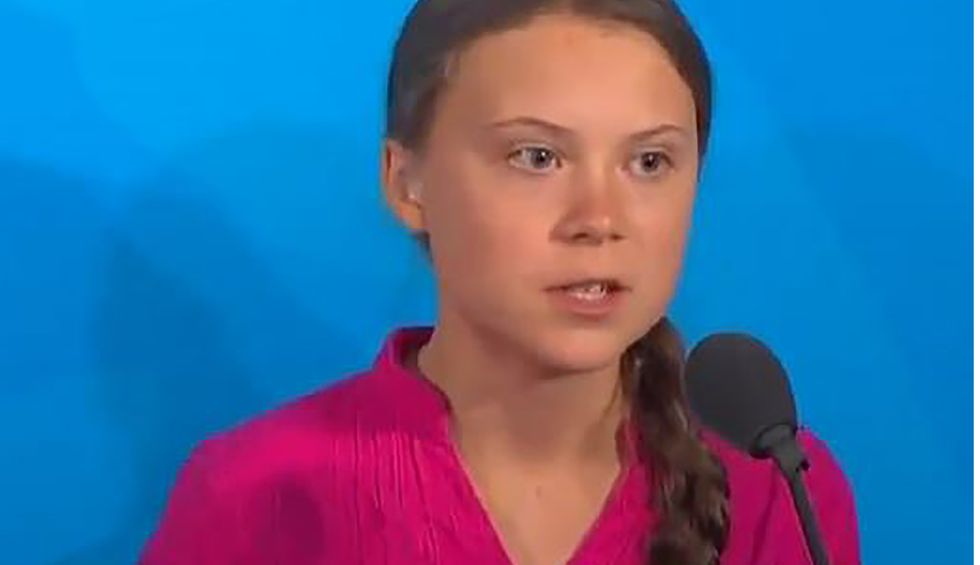 Addressing the United Nations General Assembly during the Climate Action Summit on Monday, Greta Thunberg — a 16-year-old activist from Sweden — passionately urged world leaks to step up their battle against climate change. Thunberg’s comments set off a Twitter war, with climate change deniers and supporters of President Donald Trump attacking or mocking her while others praised her. And New York Times journalist Astead W. Herndon tweeted a warning for some of Thunberg’s critics: be careful when picking Internet fights with the youth.

Herndon, in response, tweeted, “Getting in social media fights with the youths is a dangerous game. The whole Internet is their home court advantage.”

Not everyone on the right has been siding with Trump over Thunberg. NeverTrump conservative Ana Navarro, a GOP strategist and CNN contributor, tweeted, “We are all Greta.”

getting in social media fights with the youths is a dangerous game. the whole internet is their home court advantage https://t.co/R0qVDJXhqO
— Steadman™ (@Steadman™) 1569339553.0

During her speech on Monday, Thunberg asserted that current proposals for reducing emissions don’t go far enough — stressing that the UN’s proposal to cut emissions in half over the next decade “only gives us a 50% chance of staying below 1.5C.”

World leaders who attended the Climate Action Summit ranged from German Chancellor Angela Merkel to Indian Prime Minister Narendra Modi. Trump, according to Newsweek, was not invited to the event but crashed it along with Vice President Mike Pence. Asked why he attended, Trump (according to CNN) responded, “I’m a big believer in clean air and clean water, and all countries should get together and do that — and they should do it for themselves. Very, very important.”