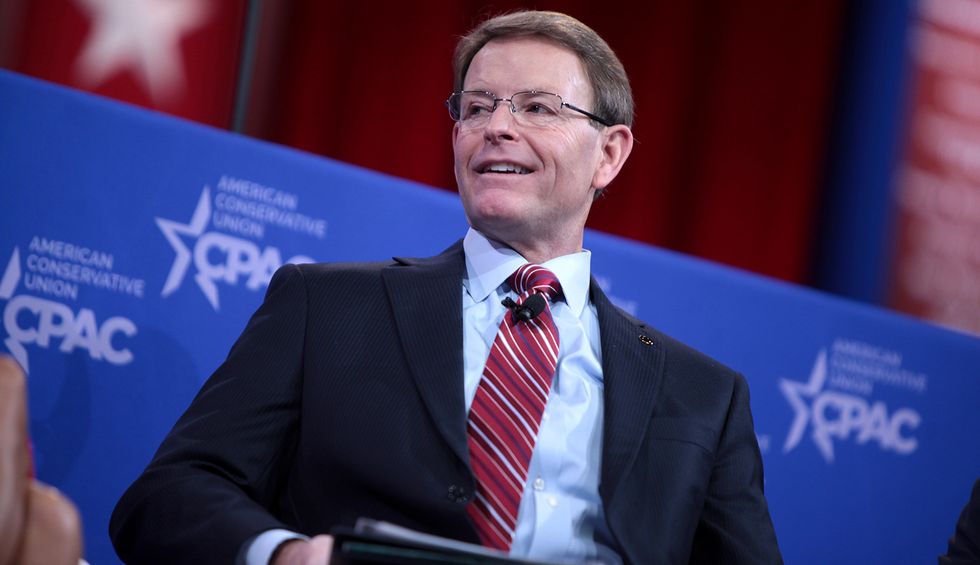 Two well-known Christian pastors appeared on “Fox & Friends” Monday morning to praise President Donald Trump’s decision to deliver a speech Monday at the United Nations on “religious persecution” – while snubbing a climate change summit to do so.

Hate ground head Tony Perkins was joined by Dr. Robert Jeffress, a Fox News contributor who had plenty of praise for the President. Both men are among America’s top anti-LGBTQ activists and both are closely tied to Trump and his administration.

“This is the first time any leader of a nation has addressed the UN on religious persecution,” Jeffress said excitedly. “A third of the world is living under religious persecution. 80 percent of it is against Christians,” Jeffress claimed. “It is a remarkable thing that this president would skip a UN climate change summit on an imaginary problem to address the very real problem of global persecution of believers.”

“I mean, think about it: what president in history would have the guts to do what President Trump is doing?” Jeffress asked, laughing because, he said, “it’s absolutely infuriating” Trump’s “enemies” while “energizing his base.”

Jeffress, who is the pastor of a Dallas, Texas Southern Baptist megachurch, went on to falsely attack Democrats who “believe the great human right that transcends all others is the right to kill your own babies through abortion.”