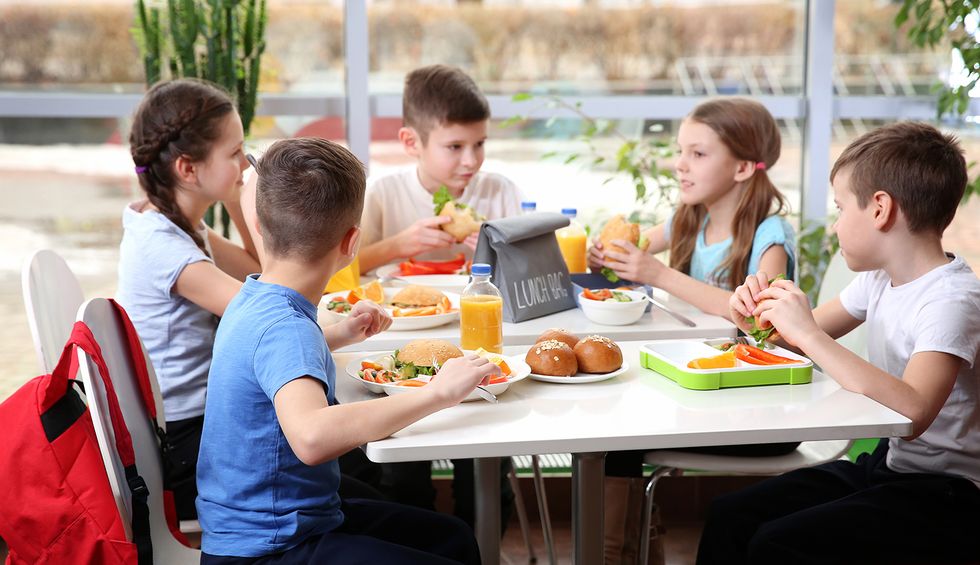 Sen. Bernie Sanders, a 2020 Democratic presidential candidate, said Wednesday night that he "cannot begin to understand the casual cruelty that motivates Trump and his billionaire friends to harm vulnerable children like this" as the White House moved closer to implementing a rule that would end free school lunches for 500,000 school kids.

The Washington Postreported this week that President Donald Trump's proposal to strip food stamps from three million Americans could cause a half-million children to lose free school meals "since food stamp eligibility is one way students can qualify for the lunches."

"Trump is depriving 500,000 kids of their school lunches for no damn reason—even after 139 members of Congress warned him not to," Sanders tweeted, referring to a letter he sent along with House and Senate lawmakers last month condemning the food stamps rule as "unconscionable."

The public comment period for Trump's potentially devastating changes to the SNAP program ended on Monday, moving the rule closer to taking effect.

Congress last year approved a farm bill that excluded SNAP changes sought by the Trump administration and Republican lawmakers, so the president and Agriculture Secretary Sonny Perdue have worked to unilaterally slash eligibility for the program, which is widely recognized by policy experts as an effective way to reduce hunger.

Sen. Debbie Stabenow (D-Mich.), the top Democrat on the Senate Agriculture Committee, said in a statement when the rule was unveiled in July that it would "take food away from families, prevent children from getting school meals, and make it harder for states to administer food assistance."

Sanders, as part of his education platform, has called for the elimination of "school lunch debt"—which he says "should not exist in the wealthiest country in the history of the world"—and free, universal, year-round school meals.

"In America today, one in every six kids goes hungry," Sanders states on his website. "Instead of addressing this crisis, students with lunch debt are sometimes denied meals, have debt collectors sent after their families, and are even denied their diplomas. Unacceptable. It is not a radical idea that no child in this country should go hungry. We must ensure that all students have access to healthy school meals."