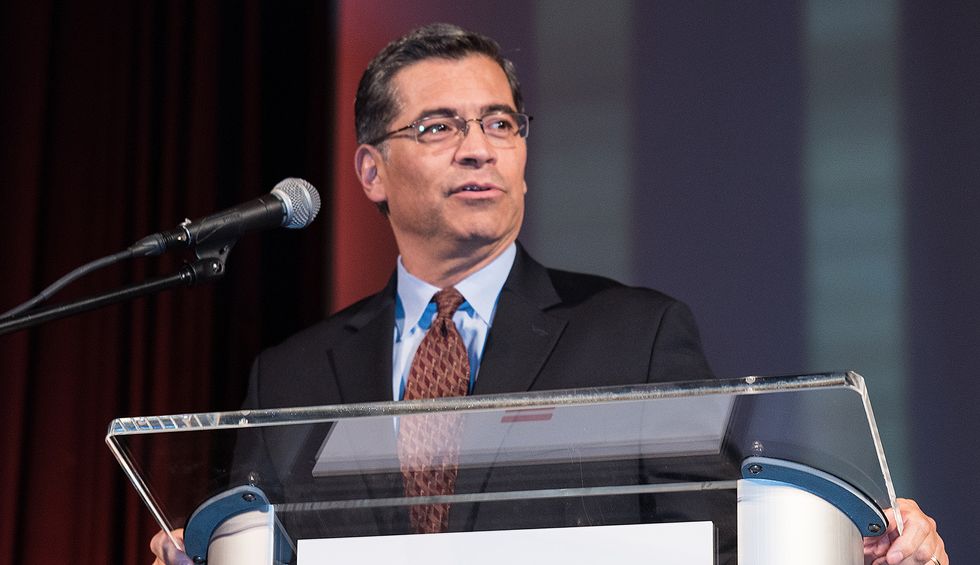 The Environmental Protection Agency, under the Obama administration, issued a waiver in 2013 that allowed California to develop state emissions standards that are stricter than federal ones. California's standards have since been adopted in whole or part by several other states and the District of Columbia.

"Over the past 50 years, the EPA has granted 100 waivers to California," according to Becerra's office. "Thanks to California's vehicle emissions program, the state has reduced emissions by hundreds of thousands of tons annually, encouraged the development of emission controls technologies, and paved the way for stronger federal standards."

While President Donald Trump was fundraising in California on Wednesday, he tweeted about revoking California's waiver. The administration finalized that move on Thursday and unveiled its "One National Program Rule."

The new lawsuit (pdf), filed in the U.S. District Court for D.C., challenges the Trump administration's attempt to kill the stricter standards and replace them with a new emissions rule jointly drafted by the EPA and the National Highway Traffic Safety Administration (NHTSA), an agency under the Department of Transportation.

"Two courts have already upheld California's emissions standards, rejecting the argument the Trump administration resurrects to justify its misguided Preemption Rule. Yet, the administration insists on attacking the authority of California and other states to tackle air pollution and protect public health," Becerra said in a statement.

"The Oval Office is really not a place for on-the-job training," Becerra added. "President Trump should have at least read the instruction manual he inherited when he assumed the presidency, in particular the chapter on respecting the Rule of Law. Mr. President, we'll see you in court."

#Breaking: Just filed our 60th lawsuit against the Trump Administration over its attempt to trample our authority o… https://t.co/Xcosn9iihc
— Xavier Becerra (@Xavier Becerra)1568997383.0

Gavin Newsom, California's Democratic governor, is also backing the legal challenge. "California won't bend to the president's reckless and politically motivated attacks on our clean car waiver," Newsom said. "We'll hold the line in court to defend our children's health, save consumers money at the pump, and protect our environment."

California's emissions standards have long been a target of the Trump administration—even as experts and activists argue in favor of imposing even stricter standards nationwide. Earlier this week, environmentalists were outraged over reports that the administration planned to revoke California's waiver.

"Instead of thwarting states' efforts to limit global warming pollution, the federal government should be making it easier to fight this existential crisis. Or even better, we should institute stronger national standards so states don't have to devise their own," Environment America's Clean Cars campaign director Morgan Folger said Tuesday. "When even major automakers are willing to comply with California emissions rules, it's clear that this administration will be on the wrong side of history."

This is the 60th suit that California's Becerra has filed against the Trump administration—and, as The New York Times reported Friday, it could have broad implications for all states' regulatory powers:

The lawsuit represents the starting gun in a sweeping legal battle over states' rights and climate change that is likely be resolved only once it reaches the Supreme Court. The decision could ultimately have wide-ranging repercussions affecting states' control over their own environmental laws, the volume of pollution produced by the United States, and the future of the nation's auto industry.

Should the case reach the Supreme Court while Mr. Trump remains in office—a Democratic administration would be unlikely to defend the policy in court—administration officials say they are confident they will win. Legal experts say that view may have merit.