Andrew Yang’s campaign launches $1,000-per-month giveaway — but it could be against the law 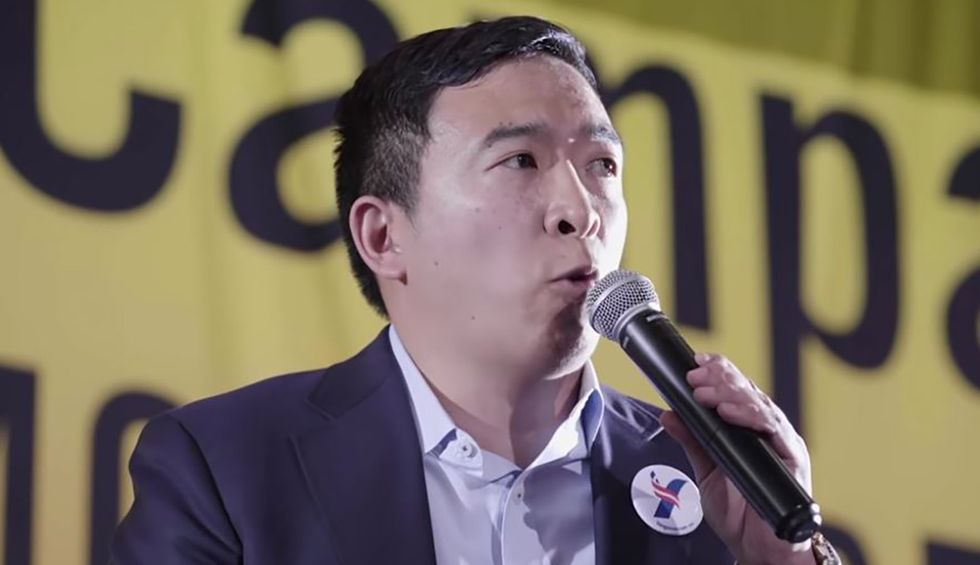 Before Thursday night’s Democratic presidential debate in Houston, one of the candidates, tech entrepreneur Andrew Yang, announced that he would have a major surprise — and during the debate, he explained what the surprise was: his campaign is randomly selecting ten U.S. families and give them $1,000 a month. The move is being described as everything from clever to silly.

But among experts on election law, it is being described as possibly illegal.

Campaign finance law in the United States prohibits the use of campaign funds for personal expenses. In Yang’s case, legal experts are weighing whether the giveaway constitutes a personal expense or can be justified as a campaign expense.

Jessica Levinson, a law professor at Loyola Law School in Los Angeles and expert on election law, told the Washington Post that “if the regulations were a rubber band,” Yang’s giveaway “would be stretching it to its extreme.”

But a spokesperson for Yang’s campaign is quoted in the Post as saying that the giveaway is a legitimate campaign expense because the $1,000-per-month payments are “being made to further the goals of the campaign.” And Yang’s campaign says it checked with legal counsel before offering the giveaway and was told that it was OK.

Using campaign donations for something unrelated to a campaign is a felony; for example, when prosecutors accused Republican Rep. Duncan Hunter and his wife of violating campaign finance law, they alleged that campaign funds had been illegally used for everything from family vacations to theater tickets. And Michael Cohen, President Donald Trump’s former personal attorney, is serving three years in federal prison for, among other things, campaign finance violations.

Adav Noti, a former attorney for the Federal Election Commission who is now with the Campaign Legal Center, told the Post that in order to “maintain donors’ faith in the system, it’s important that they have some reasonable level of certainty” that their money is being used strictly for campaign purposes and “and not on somebody’s car payment.” According to Noti, that’s something to keep in mind where Yang’s giveaway is concerned.

The money that recipients of the giveaway would receive would almost certainly use it for personal purposes, and legal experts say that could be an issue.

According to the New York Times, Paul Seamus Ryan (vice president of Common Cause) considers the giveaway potentially problematic. Ryan is quoted in the Times as saying, “Andrew Yang’s use of campaign funds to give ‘freedom dividends’ to supporters would push the boundaries of, and perhaps break, campaign finance law. This unprecedented use of campaign funds would give rise to a bunch of novel legal questions.”