A Trump official resigned after being accused of anti-Semitism. But the real story is much more bizarre. 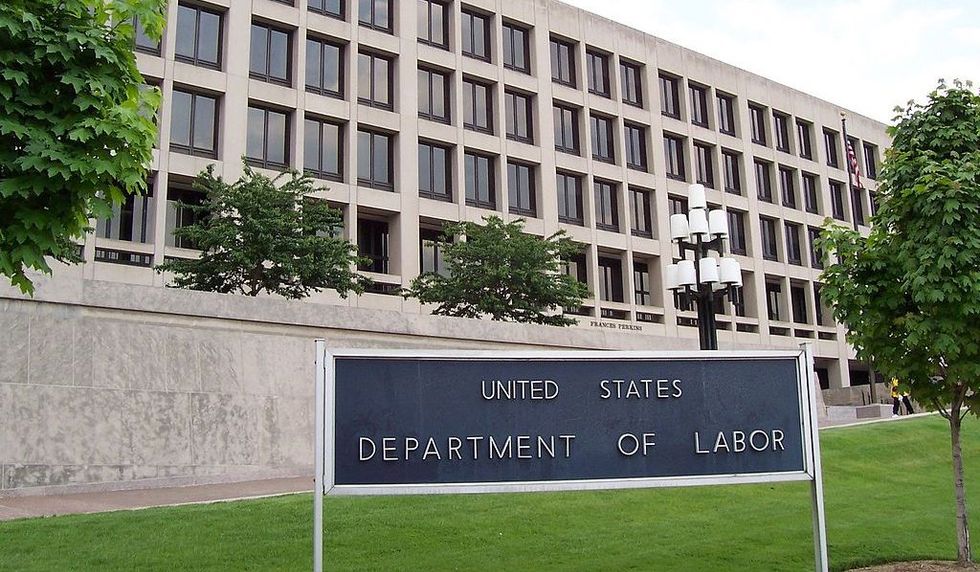 Another Trump administration official has resigned under media scrutiny. But this time, the story didn't follow the usual pattern.

Instead, it seems that a badly misinterpreted Facebook post prompted Department of Labor appointee Leif Olson to resign from his position after Bloomberg Law falsely reported that he made anti-Semitic comments. Rather than fighting the allegations, which is the usual Trump administration reaction for any charge of wrongdoing, the Labor Department didn't stand up for Olson and just let him leave.

Here's what's happened. Bloomberg Law uncovered comments Olson made on Facebook in 2016. While the comment have the potential to be misleading, any reasonably thorough review of them reveals that, despite Blomberg's claims, they were not anti-Semitic.

In fact, Olson was mocking anti-Semitism. His comments came in the context of Rep. Paul Ryan's primary challenge in 2016. As Bloomberg acknowledged, Olson was sarcastically mocking Ryan's right-wing critics who had backed his opponent Paul Nehlen, a white supremacist and anti-Semite.

But despite recognizing Olson's sarcasm in the original post, reporter Ben Penn seemed to miss his sarcasm in subsequent remarks. In an exchange with another commenter, Olson mockingly suggested that Paul Ryan wasn't a "neocon" because he wasn't Jewish, and then suggested he was actually Jewish, and that the media was hiding this fact.

This might understandably be a bit confusing to someone not aware of Olson's political leanings (he is, from all appearances, a pretty establishment-friendly Republican) or the context of Ryan's primary. But if you understand the surrounding context and the use of irony on social media, it's not hard to comprehend: Olson is mocking anti-Semitism, not engaging in it. Unfortunately, Bloomberg Law didn't even mention Ryan's anti-Semitic opponent in the race, which would have helped make the meaning plain. Instead, it falsely labeled Olson's posts anti-Semitic and cited a spokesperson for the Anti-Defamation League in New York agreeing. It's not clear how much context the spokesman was given for the remarks.

All of this is relatively straightforward. Media outlets make mistakes, and this seems to be one of them.

But what makes this story bizarre is that Olson resigned from the Labor Department four hours after Bloomberg Law asked inquired about the matter.

This is bizarre because the Trump administration rarely backs down so quickly. Just a few weeks ago, Trump himself called Jews "disloyal" for not voting for Republicans in what was clearly an anti-Semitic smear. But Trump's not backing down, and his defenders keep defending him. His Cabinet is awash in corruption, and yet many of its scandalous members remain in power. Many of those who ended up resigning in scandal stayed on long after allegations against them were made.

Perhaps Olson didn't get the benefit of the doubt because he's much lower-ranked than the president or a Cabinet member, so the administration has much less interest in fighting on his behalf. But in this case, it seems to be a fight the administration would love to have.

As Vox's Dylan Matthews pointed out, it seems most observers — even progressives and natural critics of the administration — agree that Bloomberg Law got this one wrong. (The outlet isn't prepared to back down on its claim, apparently bolstered by Olson's resignation.) With so few willing to take Bloomberg's side in the dispute, it's hard to see why the administration wouldn't have believed it could win this fight on the merits.

There are, it seems to me, three likely explanations:

First, Olson may have decided he didn't want to face any of this scrutiny. Even if the events would fall out in his favor, the attention may not have been worth it.

Second, someone in the department may have rushed to a decision, didn't consider that Olson had a good defense for himself, and pushed him out. In light of Trump's own recent comments, perhaps administration officials decided it was best to avoid even a whiff of anti-Semitism.

Third, and most interestingly: Olson's defense itself might have been the problem. To explain why Olson wasn't being anti-Semitic, you have to understand that he was defending Paul Ryan and criticizing outlets like Breitbart, who demonized the former House speaker. And despite their amicable partnership while they worked together, Trump has since turned on Ryan, and his defenders may now be regarded with suspicion.

If this last hypothesis is right, it may actually be the case that, for Trump, being pro-Paul Ryan is worse than being anti-Semitic.