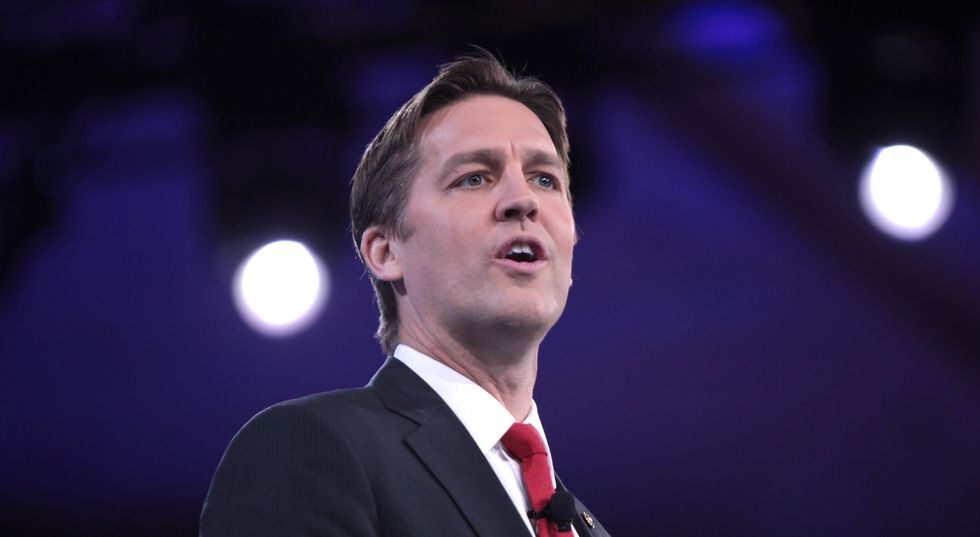 While the Democratic push for impeaching President Donald Trump has been largely one-sided, there are increasingly serious indications that Republican lawmakers are growing concerned that the Ukraine scandal may engulf the White House.

Sen. Mitt Romney (R-UT) has been one of the leading indicators signaling that Trump's trouble may extend beyond the Democratic Party. As the allegation that Trump corruptly used his office to pressure Ukraine into investigating his political rival Joe Biden, Romney made it clear on Monday he took these concerns seriously, saying they are "quite serious."

His tone intensified Wednesday after an incomplete transcript of Trump's conversation with the Ukrainian president on July 25 revealed evidence of a quid pro quo. While many other Republicans ignored the conversation or said they didn't think it indicated any wrongdoing or impeachable conduct on the president's part, the Utah lawmaker took it seriously.

"It remains troubling in the extreme. It's deeply troubling," Romney told reporters. "There's a process the House is pursuing. The Senate is also looking at the testimony of the whistleblower."

The whistleblower complaint, still not public, drew public attention to Trump's conduct toward Ukraine, though the substance of the materials remained concealed by the Trump administration until Wednesday night.

After lawmakers reviewed the documents — still classified — more warning signs for Trump and the GOP emerged. Democrats immediately began sounding the alarm, suggesting that the material is even more damning than Trump's July 25 conversation. But signs of fracture within GOP ranks should be more troubling for the party.

Sen. Ben Sasse (R-NE), who was once a vocal Trump critic and then quieted down as his re-election approached, issued one of the most ominous statements yet from the GOP side after reviewing the complaint.

"Republicans ought not to be rushing to circle the wagons and say there's no there there when there's obviously a lot that's very troubling here," he said. He also criticized Democrats for rushing to impeach Trump because "they knew anything about the actual substance," but his overall tone — and the fact that it came from a Republican — was much more foreboding for the GOP.

Erick Erickson, a right-wing writer, published perhaps the most explosive report in the Resurgent. Citing an anonymous "Republican congressional source" with "direct knowledge of the whistleblower report," Erickson reported that the complaint "paints a clear path to impeachment." The source said the transcript of Trump's call could perhaps be excused, but the actions described in the complaint were "outside the bounds of acceptable conduct."

Other indications that Trump's congressional support may be weaker than it usually seems had also emerged earlier. On Tuesday, Senate Republicans joined their Democratic colleagues in approving a resolution that demanded the Trump administration turn over the whistleblower complaint. That, in combination with pressure behind the scenes, is likely why the White House felt compelled to hand it over and to give the public the partial transcript of the call. If the GOP was completely committed to protecting Trump no matter what, lawmakers likely wouldn't have taken these steps.