We asked the FBI to give us the records of 90 domestic terrorism arrests. Then things got kind of weird 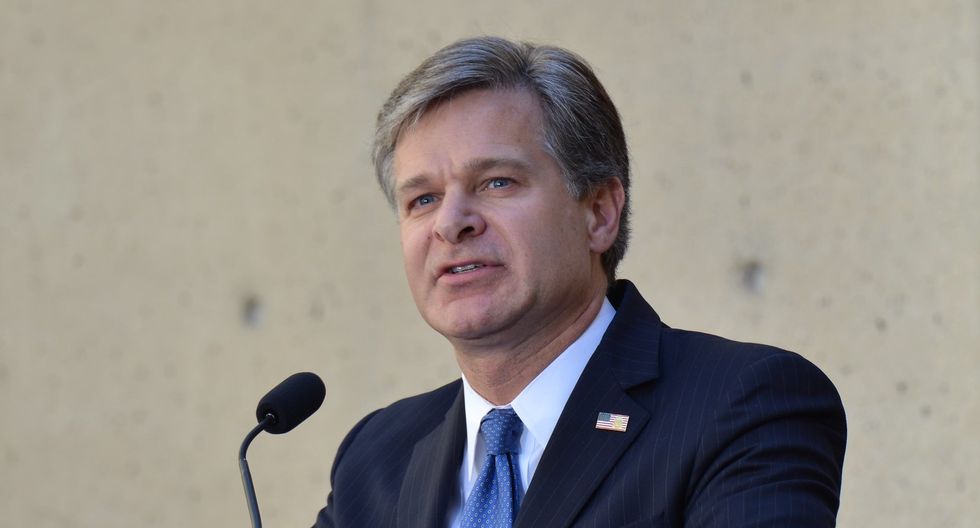 Director Christopher Wray addresses the audience during his formal installation ceremony at FBI Headquarters on September 28, 2017. Wray, a former U.S. attorney and assistant attorney general in the Justice Department’s Criminal Division, was formally sworn in August 2, 2017 in a private ceremony.
ProPublica
August 09, 2019The Right Wing

On July 23, FBI Director Christopher Wray told the Senate Judiciary Committee that federal investigations of domestic terrorism had led to some 100 arrests in the last nine months. While the FBI quickly announced that the number was 90, not 100, the basic message appeared unchanged: The FBI was actively investigating and prosecuting domestic terrorists.

The 90 arrests have been cited countless times since last weekend’s killing of 22 people in El Paso, Texas, by a man suspected of harboring racist views of immigrants. To find out more, we contacted the FBI on Monday, asking who had been arrested, as well as where and when, and what the allegations were in each case.

Four days later, we have been given next to no information about them.

Our first inquiry on Monday was straightforward: We asked for basic information about each of the 90 arrests, which we assumed had all been publicly announced.

An FBI spokeswoman wrote back: “We would not be able to provide you with a comprehensive list of these press releases. As there is no federal domestic terrorism statute so DT subjects are charged under other federal, state, and local charges.”

We understood that those arrested for committing or intending to commit violent acts on American soil are typically prosecuted for an assortment of crimes — murder, say, or illegal possession of firearms — not domestic terrorism, for which there’s no federal charge. The 90 people who were supposedly arrested might have been ultimately prosecuted by local authorities.

But it seemed clear from Wray’s statements that the FBI had done the work of determining which of the cases involving, as the spokeswoman put it, “other federal, state and local charges” involved elements of domestic terror. There had been a formal count. Wray had testified as much.

We wrote to the FBI again: “Thank you for getting back to me this fast and for your answer. I am a bit confused though: The number of DT arrests I was referring to originally comes from the FBI Director and was later clarified by a FBI spokesperson. So where would that number come from? I would be happy if you could clarify this point?”

The spokeswoman responded: “What do you mean? We clarified the number, it’s a comprehensive list of press releases that I’m saying we’re unable to provide.”

The spokeswoman, saying she was speaking “on background,” and thus not to be identified, later suggested that we go on the Department of Justice’s public affairs website and “see what pops up.”

So we did. When we typed in domestic terrorism arrests for the past nine months, five cases came up. But only one of the cases actually involved an American arrested for seeking to harm others in the U.S. — Cesar Sayoc, the man recently sentenced to 20 years for mailing 16 explosive devices to a variety of current and former government officials and the philanthropist George Soros.

Obviously, that was far short of the cases Wray had referenced. It also seemed odd that the FBI would suggest this approach to searching since it had to have done a more comprehensive compilation to equip its director with the numbers he gave the Senate Judiciary Committee.

We tried again: “Thanks for your reply! What I mean is: you clarified the number, so despite DT subjects being charged under ‘other federal, state, and local charges,’ as you wrote, the FBI obviously has information about all these cases. And this is what I’ve been originally asking for. So I would be glad if you could give me the following information about as many of the 90 arrests as possible: who was arrested, where, when and what the allegations were. If you are unable to provide this information or a comprehensive list of press releases I would like to know why.”

On the phone, she again cited the figure of 90 arrests, adding, “These are people that the FBI arrested as a result of a domestic terrorism investigation.”

But she also repeated that the bureau couldn’t give us any information, even press releases, about these arrests. “In their arrests they may not be characterized as domestic terrorists depending on how those arrests were made in the locality, in the state … so it’s just not something the FBI is able to publicly provide,” she said.

Yahoo News on Thursday published what it said was a document detailing the 2018 domestic terrorism arrests involving white supremacists, something the article said Democrats on the Senate Judiciary Committee had been unsuccessfully seeking from the Department of Justice.

“This map reflects 32 domestic terrorist attacks, disrupted plots, threats of violence, and weapons stockpiling by individuals with a radical political or social agenda who lack direction or influence from foreign terrorist organizations in 2018,” the document cited in the Yahoo article stated. The document, the article said, had been produced by New Jersey’s Office of Homeland Security Preparedness.

Late on Thursday, we tried to make things simpler with the FBI in hopes of getting some kind of firm answer: If the FBI could not quickly list the arrests stemming from domestic terrorism investigations, could it say how many such investigations had been carried out in 2019?

The spokeswoman did not respond to the request.

The entire exchange left us increasingly perplexed. The FBI had clearly been proud of its record in making arrests of possible domestic terrorists. Wray had testified that the bureau took the threat “extremely seriously.” The country was eager to be reassured in the aftermath of the killings in El Paso. Why wouldn’t the FBI be able to quickly cite its array of successes?

We asked the FBI if it could send us any of the press releases of the cases Wray had referenced specifically at the hearing. Once again, the spokeswoman demurred.