‘We are sitting on a timebomb’: IPCC has drafted a new report on climate change — and it’s daunting 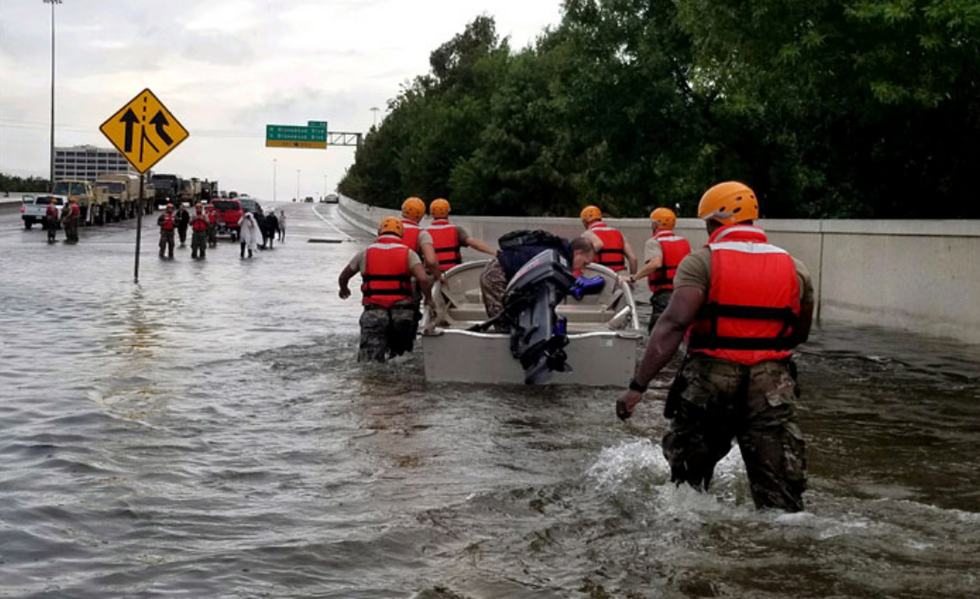 Although much of the right-wing media in the United States continues to insist that climate change is a hoax and a fabrication, scientists all over the world vehemently disagree. And according to a new report by the Intergovernmental Panel on Climate Change (IPCC) that Agence France Presse (AFP) has obtained an official draft summary of, the effects of climate change could be devastating in the years to come.

In an article published on Thursday, AFP outlines some of IPCC’s findings on how climate change will affect different parts of the world. The U.S., according to AFP’s review of IPCC data, “is particularly vulnerable to encroaching seas” unless global emissions are reduced — and that includes New York City, which AFP reports “could expect a 2.25-metre flood event once every five years between 2030-2045. In 1800, such a flood was expected every 500 years on average.”

In other words, New York City could be 100 times more likely to suffer harsh flooding in the 2030s/2040s than it was at the start of the 19th Century.

The news isn’t as bad in Europe, although it certainly isn’t good either. AFP reports that although Europe “faces a lower risk generally from sea-level rises,” IPCC data shows an “increased risk from flooding in the Rhine Delta, a major trading vein.” And emissions could lead to “more severe winter storms across the continent” in Europe, AFP reports.

The European Union (EU) has been taking proactive steps to reduce emissions that promote climate change, but AFP reports that China, on the other hand, continues to increase such emissions. And according to IPCC data, China is increasingly vulnerable to severe flooding. Shanghai, for example, “could face sea-level rises of 2.6 millimeters a year later this century,” AFP reports, adding that in 2015, a different study “showed that of the 20 cities most at risk from sea-level rises globally, nine were in China.”

There is bad news in India as well, according to IPCC. AFP reports that roughly one-fifth of India’s population live in coastal areas, and millions of people could be displaced by rising sea levels — a problem that Harjeet Singh, climate change expert for ActionAid, discussed with AFP.

Singh said of the millions of Indians who could be displaced, “The question is: where are they going to go? We are talking about one of the most populous countries in the world, which means it’s eventually going to lead to conflict between the host and displaced communities. We are sitting on a timebomb.”