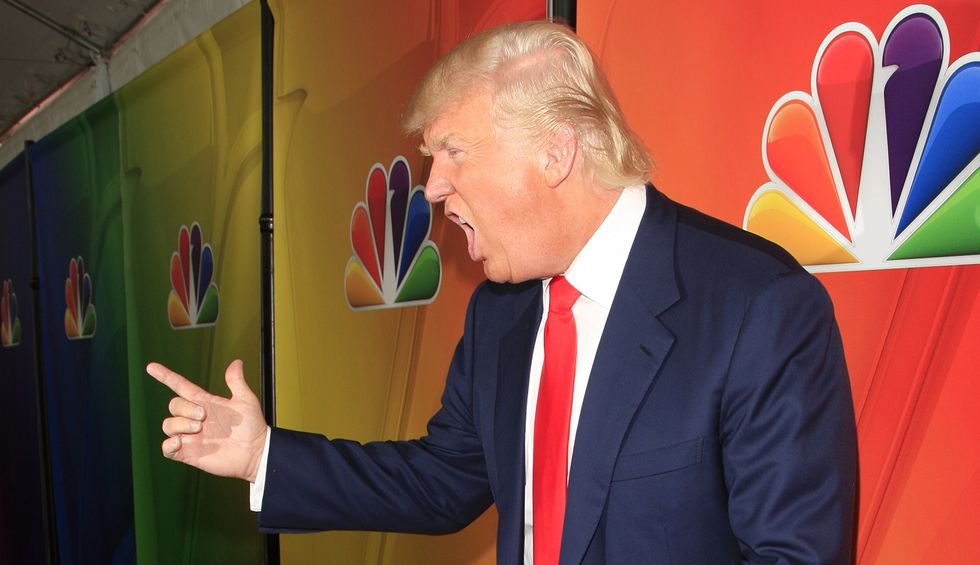 President Donald Trump launched a massive, nonsensical tweetstorm Thursday morning, after a Wednesday evening Fox News poll revealed both his approval and disapproval numbers are almost the worst they’ve ever been, and as his China trade war is destroying markets worldwide. The DOW dropped 800 points Wednesday, and DOW futures are swinging “wildly.” Reports from inside the White House say aides are terrified that the economic numbers will be the end of his presidency.

Fox News attempted to minimize the bad polling news for Trump by wrapping it inside the public’s response to recent mass shootings, but those numbers are also bad for the President – with public opinion on policy directly contradicting the White House narrative.

Trump’s disapproval is now at 56% – a five point jump from just one month ago.  Just 43% approve, down from 46%. Notice Fox News tucks this key fact into its analysis: “Record numbers of men (53 percent), white men (46 percent), and independents (64 percent) disapprove.“

Here’s how Fox News finally introduced the bad polling numbers for President Trump – after more than a dozen paragraphs and several graphics:

Meanwhile, the president’s job ratings are increasingly negative in the shooting aftermath, as 59 percent say Trump is “tearing the country apart,” compared to 31 percent who feel he’s “drawing the country together.” Two years ago it was 56-33 percent (August 2017).

Overall, 56 percent of voters disapprove of Trump’s performance, up from 51 percent in July. Record numbers of men (53 percent), white men (46 percent), and independents (64 percent) disapprove. His disapproval rating has only been higher once: 57 percent in October 2017.

Currently, 43 percent of voters approve of Trump, down from 46 percent last month.

With #TrumpRecession trending on Twitter, a source close to President Trump told Axios, “I’m very worried about the latest economic data. A lot of us are concerned. Without the narrative on the economy, he can’t win.”

The Axios report gets worse for Trump:

His team is worried about polling data from Michigan, Pennsylvania and Wisconsin, amid the economic signals.

As for Trump’s massive tweetstorm – 13 tweets or retweets in a half-hour – follow the advice of SiriusXM Progress host Michelangelo Signorile: