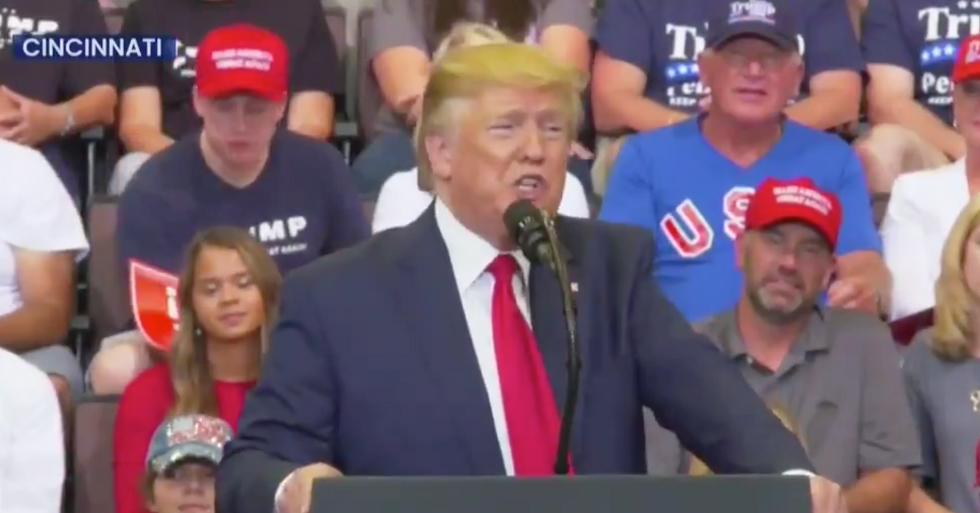 Continuing his racist attacks on Baltimore, President Donald Trump tried to get some laughs out of his rally Thursday night by making a joke out of the city's murder rate.

Someone shouted out "Afghanistan," a suggestion he gleefully took up.

"I believe, we'll check the number, and if we're wrong, they'll tell us tomorrow. There'll be headlines! 'Trump exaggerated!" he said.

"I do believe its higher than Afghanistan," he said.

"The President of the United States is using people’s kids, mothers, fathers, who have died on the streets of Baltimore as a punchline at a campaign rally," noted New York Times reporter Erica Green.

Trump has now made shitting on Baltimore part of his campaign speeches. Echoing someone in the crowd, he claims the… https://t.co/P9p60dP5Dp
— Aaron Rupar (@Aaron Rupar)1564703670.0