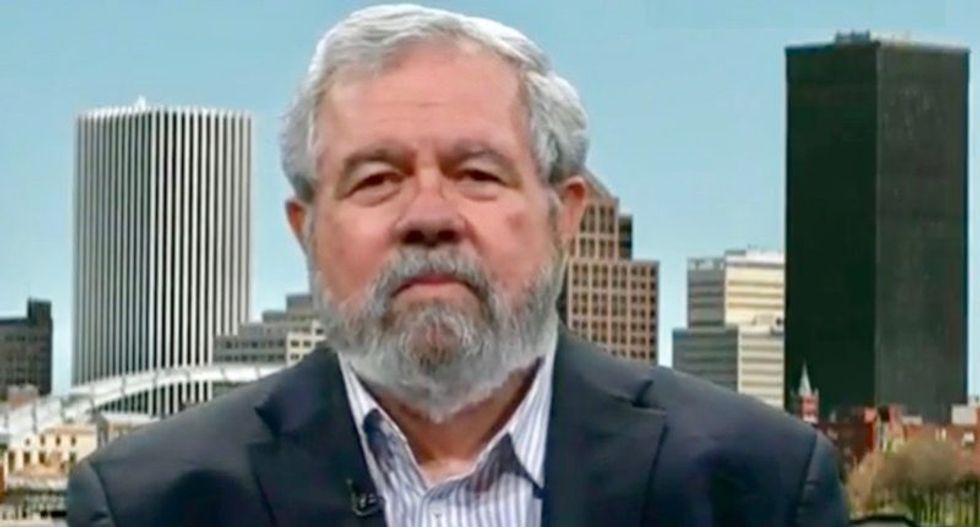 Following a white nationalist terrorist attack in El Paso, Texas that left 22 people dead and a separate mass shooting in Dayton, Ohio, President Donald Trump visited both of those cities on Wednesday, August 7. It was a time when one hoped Trump would conduct himself in a presidential manner, but journalist David Cay Johnston (author of the 2016 bestseller “The Making of Donald Trump”) asserted that Trump did the exact opposite when he was interviewed this week by SiriusXM’s Dean Obeidallah.

Johnston told Obeidallah, “Here we have the country shocked over these two mass murders, and what does Trump do? He has all these grievances — ‘Oh my goodness, Joe Biden was bad to me. The media is at me, etc. etc.’”

Johnston added that Trump “has no capacity for empathy and caring about the other person. And if you watch the video of him giving his talk.... he looks (like) someone reading a hostage video with a gun pointed at him off screen…. There is no authenticity to that whatsoever.”

Some of Johnston’s other comments were equally biting. The 70-year-old journalist/author also told  Obeidallah, “There’s no moral core to Donald. He is deeply mentally ill, and he doesn’t have any philosophy except himself.”

Johnston went on to say, “Millions of people suffer from mental illness. Most Americans at some time in their lives, if they have a white-collar job, have encountered a boss or a co-worker who is nuts but able to function. So I don’t think it should surprise us that within 45 presidents, we finally have one who is deeply mentally ill.”