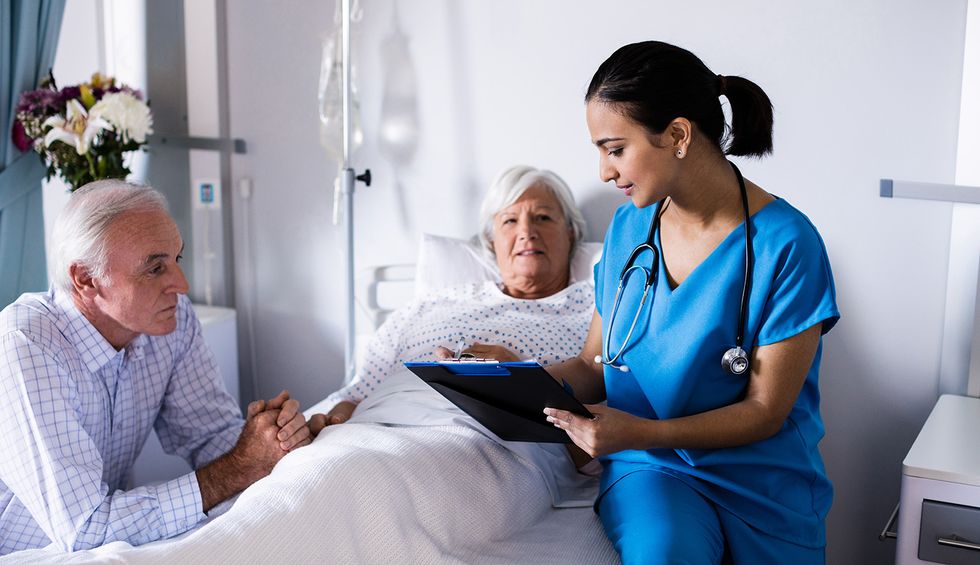 Why did Brian Jones and Patricia Whitney-Jones, an elderly husband and wife in Washington state die in what police say is an apparent murder-suicide? Judging by a note left behind (seemingly by the husband), it came down to medical costs. Let that sink in: Unaffordable medical costs may have pushed an elderly couple to end their lives.

Here’s what we know. As reported by NBC News, Jones, a 77-year-old man, called 911 on Wednesday morning and said he planned to die by suicide. CNN reports that the husband said he and his wife would be in the front bedroom, and that he’d already written a note containing information and instructions for when the officers arrived.

Deputies went to his home in a small town near the Canadian border, about 100 miles above Seattle. The sheriff’s office reports that a crisis negotiator tried to contact the couple using both a phone and a loudspeaker for about an hour.

When deputies used a robotic camera to enter the home, the husband and wife were dead inside. Two dogs were found alive inside the house, and have since been taken to a local humane society.  Whatcom County Medical Examiner Gary Goldfogel later identified the couple by name. Their family has since been notified as well.

One of the notes left instructions on how to contact the couple’s next of kin. Another mentioned the wife’s "severe ongoing medical problems" and concerns that they "did not have sufficient resources to pay for medical care," investigators said.

“Numerous” firearms were found in the home and removed by investigators.

“It is very tragic that one of our senior citizens would find himself in such desperate circumstances,” Sheriff Bill Elfo said in a statement. It is tragic—what is also tragic is that many, many people find themselves terrified about how they will access medical care, and from there, how to pay for it. The details of this couple’s situation aren’t all available—whether they had insurance, or what medical costs were looming. But in the big picture, it’s a stark reminder that affordable access to healthcare is a baseline human right.

It’s also a reminder that for the elderly population, isolation and economic insecurity can be enormous stressors—whether it’s losing food stamps, minimal social security benefits, or meager health insurance, many people face deep worry about (literally) how they will survive as they age.

As always, if you know of more resources (including ones specific to a certain region, identity, or so on), please don’t hesitate to share them.