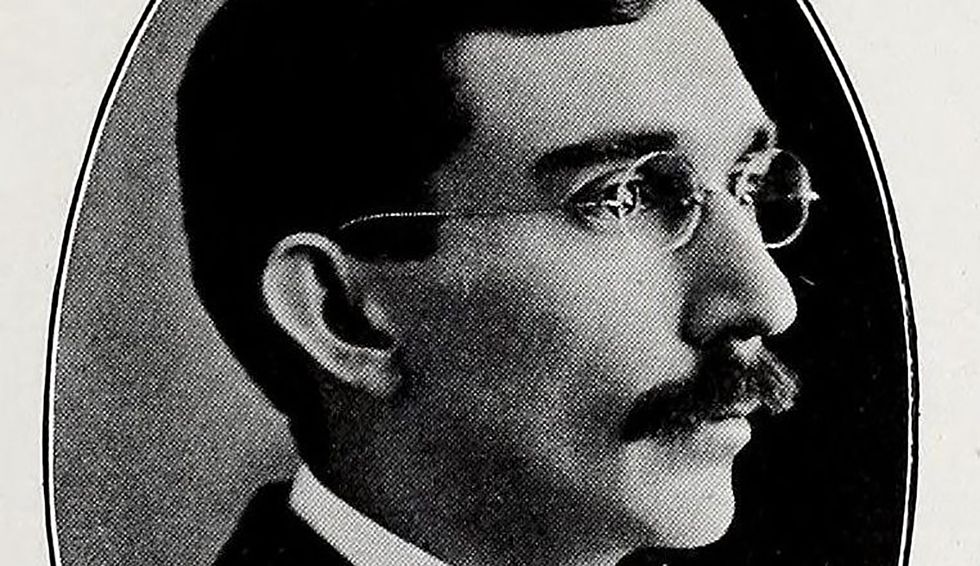 Sometimes when we’re poking around in an archive, we come across century-old documents that are strangely relevant. That’s what the story of Enoch Marvin Banks became to me. An aging letter from 1911 that I found in the Columbia University archive revealed a story that could be in today’s headlines: people in the Jim Crow South tried to capture the memory of the Civil War for political gain.

My main research involves Progressive-Era economic thought, and John Bates Clark was one of America’s foremost economists. Sifting through his papers, I came across the usual letters of economic theories and perspectives, but then something unexpected: A long letter from Enoch Marvin Banks dated April 2, 1911 (the quotes below come from this letter). Banks was a professor of history and political economy at the University of Florida, and he seemed distressed. He was “being violently assailed”, evidently over an article he’d written. I didn’t have the article at the time, but I could understand its context from the hints Banks gave. Basically, Banks had committed the crime of blaming the Civil War on slavery. Southern leaders, he stated, had made “a grievous mistake in failing to formulate plans for the gradual elimination of slavery from our States.” In his view, wise leadership would have ended slavery slowly, kept the union intact, and avoided the catastrophe of civil war.

With a google search, I later found the article in question, “A Semi-Centennial View of the Civil War” in The Independent  (Feb. 1911). Upon reading it, I discovered that Banks was even more explicit in print: “The fundamental cause of secession and the Civil War, acting as it did through a long series of years, was the institution of Negro slavery” (p. 300). Banks didn’t stop there. He attacked the South’s leadership as well, praising Abraham Lincoln and criticizing Jefferson Davis as a statesman of “distinctly inferior order” (303). Such views were incendiary in the Jim Crow South, and the cause of Banks’ distress.

Banks’ views touched off a firestorm in his native South (he was born in Georgia and spent most of his life in the South). Confederate veterans’ groups responded with widespread criticism. Banks included a clipping from the United Confederate Veterans Robert E. Lee Camp No. 58 in his letter to Clark. The clipping addressed the University of Florida for having a staff member who sought to “discredit the South’s intelligence and to elevate the North and to falsify history.” “Shall such a man continue in a position as teacher where he will sow the seeds of untruth and make true history a falsifier?,” they asked. The veterans demanded Banks be removed from the university and replaced with “a man who will teach history as it is and not mislead and poison the minds of the rising generation.”

As Banks told Clark, he simply couldn’t stand the controversy and pressure. He obliged these demands by resigning from the university and retreating back Georgia. He died only a few months later. Some suspected that the strain of the ordeal diminished his already weak health and led to his eventual death.

This moment reflected the ongoing battle over the legacy of the Civil War and the ideology of the Jim Crow South. As Banks wrote his article, the South was building and codifying its system of racial segregation. Part of this project involved capturing the war’s historical memory. Confederate leaders had to be presented as noble warriors fighting for a lost cause. Jefferson Davis, who was attacked then and now for incompetence, was “one of the noblest men the South ever produced,” according to the Confederate veterans’ group. That’s why they blamed Banks for distorting history, as he challenged the history that was being constructed. As Fred Arthur Bailey wrote in one of the few articles dedicated to this affair: “This tragic incident was but a small part of a large, successful campaign for mind control. Self-serving, pro-Confederate historical interpretations accomplished their purposes” (17). I can’t help agreeing with Bailey’s conclusion.

This ordeal seems to me a perfect example of how history becomes a battlefield. It’s no secret that the historical memory of the Civil War became contentious almost as soon as the war ended. In a world where debates about Confederate statues and flags frequently make headlines, I can only conclude that the battle is very far from over.