'The Family': The truth about the 'secret theocracy' behind the National Prayer Breakfast 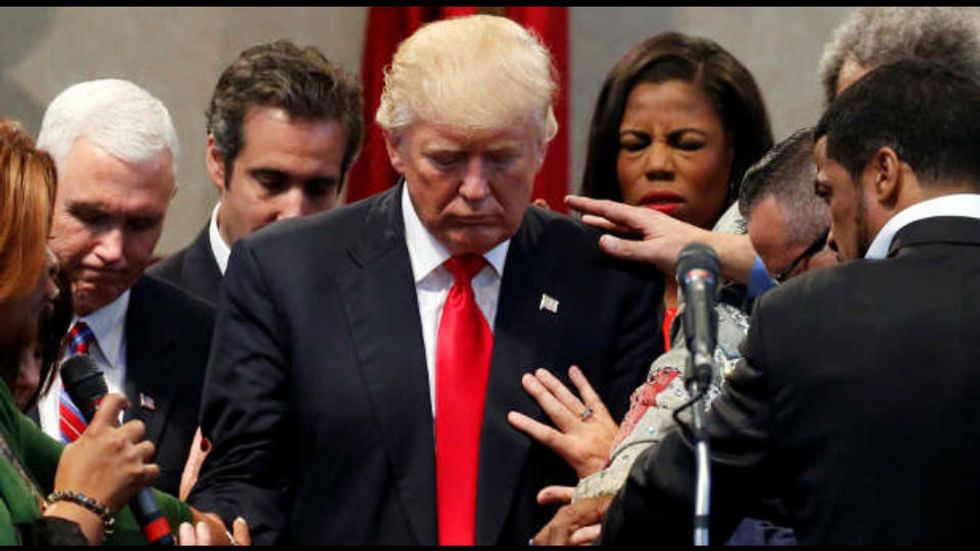 The National Prayer Breakfast is a relatively uncontroversial affair these days. Presidents from both parties make a habit of attending it, and giving simple speeches about what their faith means to them, and leaders from around the world join them.

But a new Netflix documentary miniseries, "The Family", explores the shadowy group known as the Fellowship, which originally set it up in 1935.

The Fellowship began as a secretive fraternity of evangelical men, first organized under the leadership of a man named Abraham Veride, who was attempting to gather business leaders to thwart union drives. It evolved into what Rolling Stone described as a "secret theocracy" used by powerful Christian men to influence politics worldwide. Its members include Sens. Chuck Grassley (R-IA) and Jim Inhofe (R-OK), and Vice President Mike Pence is also reported to have ties to it.

The group has stringent rules against sex and dating, and there is an undercurrent of homophobia — but also simultaneously homoeroticism. "[There’s] a lot of that uneasy joking about masculinity and the potential for it and, at the same time, this desire for intimacy that becomes really challenging for people who have a theological and ideological opposition to that," said Jeff Sharlet, an author who has written extensively on the Fellowship.

They also have had ties to current and former authoritarians around the world who have committed atrocities in their home countries, for the sake of advancing a conservative religious agenda — including the late former Libyan dictator Muammar Gaddafi.

"In the face of all these dictators, they don’t say anything at all," Sharlet said. "They don’t ask any accountability."

Yet despite this group's broad reach in world affairs, it has attracted little public scrutiny, because it operates with scrupulous secrecy. A secrecy that the Netflix series seeks to dissipate.