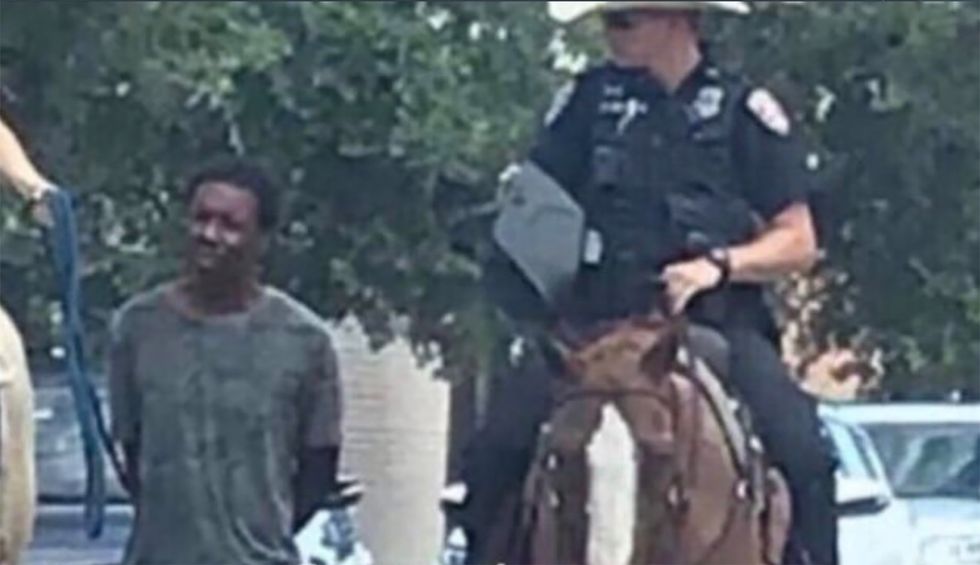 In the Texas Gulf Coast city of Galveston, Police Chief Vernon Hale has formally apologized following an incident in which an African-American man, Donald Neely, was led around by a rope following his arrest on suspicion of trespassing.

In photos of the incident, Neely is seen handcuffed behind his back — and a police officer on horseback is seen holding a rope that is connected to the handcuffs.

Hale, this week, said in an official statement that his department “showed poor judgment in this instance and could have waited for a transport unit at the location of arrest.” The Galveston Police Department, according to Hale, will no longer use the technique of mounted police leading a handcuffed suspect around by a rope.

The police chief told the Galveston County Daily News, “You have to be aware of the images we portray. We talk about it when we talk about use of force, when we talk about vehicle pursuits. Quite frankly, I never would have dreamed of it in the context of mounted officers.”

Mary Patrick, who heads Galveston’s NAACP chapter, told the Galveston County Daily News she had spoken with Hale and supported his response to the incident.