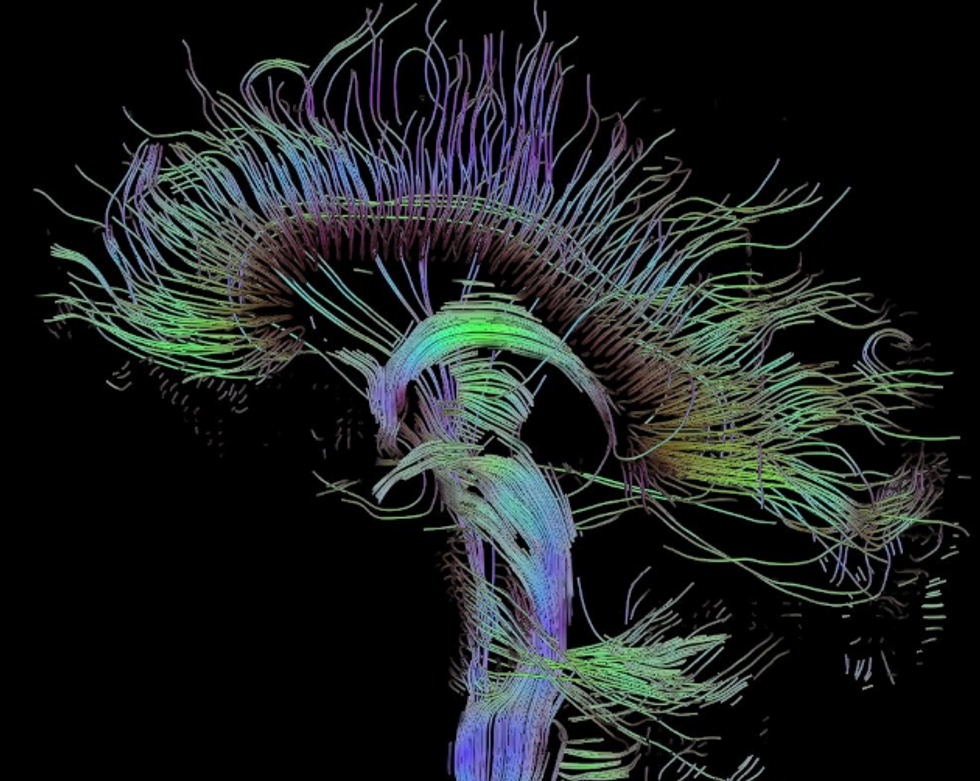 A Vox report that swiftly sparked alarm across the internet Friday outlined how, "in the era of neurocapitalism, your brain needs new rights," following recent revelations that Facebook and Elon Musk's Neuralink are developing technologies to read people's minds.

Mark Zuckerberg's company is funding research on brain-computer interfaces (BCIs) that can pick up thoughts directly from your neurons and translate them into words. The researchers say they've already built an algorithm that can decode words from brain activity in real time.

And Musk's company has created flexible "threads" that can be implanted into a brain and could one day allow you to control your smartphone or computer with just your thoughts. Musk wants to start testing in humans by the end of next year.

Considering those and other companies' advances and ambitions, Samuel warned that "your brain, the final privacy frontier, may not be private much longer" and laid out how existing laws are not equipped to handle how these emerging technologies could "interfere with rights that are so basic that we may not even think of them as rights, like our ability to determine where our selves end and machines begin."

My god. "The technologies have the potential to interfere with rights that are so basic that we may not even think… https://t.co/A5wLxyeboN
— Public Citizen (@Public Citizen)1567172618.0

Samuel interviewed neuroethicist Marcello Ienca, a researcher at ETH Zurich who published a paper in 2017 detailing four human rights for the neurotechnology age that he believes need to be protected by law. Ienca told Samuel, "I'm very concerned about the commercialization of brain data in the consumer market."

"And I'm not talking about a farfetched future. We already have consumer neurotech, with people trading their brain data for services from private companies," he said, pointing to video games that use brain activity and wearable devices that monitor human activities such as sleep. "I'm tempted to call it neurocapitalism."

The Vox report broke down the four rights that, according to Ienca, policymakers need to urgently safeguard with new legislation:

"Brain data is the ultimate refuge of privacy. When that goes, everything goes," Ienca said. "And once brain data is collected on a large scale, it's going to be very hard to reverse the process."

Samuel's report generated concerned commentary on Twitter, with readers calling the piece "the scariest thing you'll read all day" and declaring, "I do not want to live in this future."

Tech reporter Benjamin Powers tweeted, "So how long until this is co-opted for national security purposes?"

Ienca, in his interview with Samuel, noted that the Defense Department's advanced research agency is assessing how neurotechnologies could be used on soldiers. As he explained, "there is already military-funded research to see if we can monitor decreases in attention levels and concentration, with hybrid BCIs that can 'read' deficits in attention levels and 'write' to the brain to increase alertness through neuromodulation. There are DARPA-funded projects that attempt to do so."

Such technologies raise concerns about abuse not only by governments but also by corporations.

Journalist Noah Kulwin compared brain-reading tech to self-driving cars, suggesting that the former "can't possibly work as presently marketed," and given that governments aren't prepared with human rights protections, companies will be empowered to "do a bunch of unregulated experimentation."