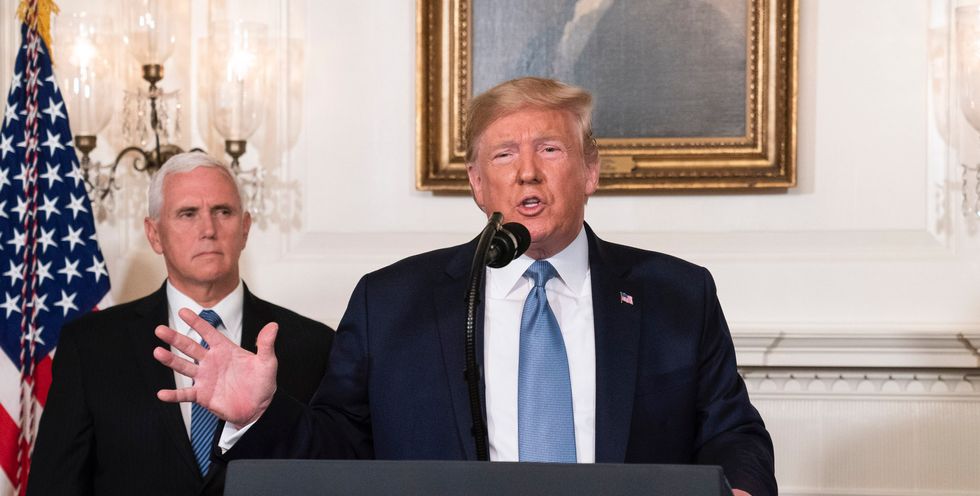 A prominent booster of President Donald Trump said out loud this week what many of his critics have long claimed. By denouncing white supremacy, the president risks alienating some of his key supporters.

"I was very disappointed in the president attacking white supremacy," right-wing radio host Michael Savage said Wednesday on his show. "That is going to cost you thousands, if not tens of thousands of votes."

Savage made the remarks Monday, as Media Matters for America pointed out. He was referring to Trump's speech in response to the mass shootings over the weekend, in which the president said:

The shooter in El Paso posted a manifesto online consumed by racist hate. In one voice, our nation must condemn racism, bigotry, and white supremacy. These sinister ideologies must be defeated. Hate has no place in America. Hatred warps the mind, ravages the heart, and devours the soul. We have asked the FBI to identify all further resources they need to investigate and disrupt hate crimes and domestic terrorism -- whatever they need.

Trump's remarks have been attacked by his critics as obviously transparent and insincere. But in Savage's view, even this paper-thin renunciation of bigoted ideology was too much.

Savage's response was echoed in a screed by Fox News host Tucker Carlson Tuesday night, in which he claimed that the threat of "white nationalism" was a "hoax."

Trump "is now saying everyone who is concerned about the illegal alien invasion is a white supremacist? He suddenly has joined who? He's like Jake Tapper now, and the rest on CNN. That was a mistake, Mr. President," Savage said on his Monday show. "Listen again to the big mistake Donald Trump made today by not listening to the right people, not having wise men around him, but having fools around him."

He continued: "Do you understand what he just said? He has now combined racism, hatred, what else did he say? Condemn racism? We all agree with that, on all sides by the way, including Hispanic racism, Hispanic bigotry, of the type espoused almost daily by [Rep. Alexandria Ocasio-Cortez (D-NY).] Muslim bigotry, Muslim racism must be condemned. There's a lot of this on all sides, it must be condemned. But then to single out and say "white supremacy" when the Toledo shooter, the motive is not even known yet. He shot his sister. The first one? OK yes, he was out to get Mexicans. He was insane."

Though an early supporter of the president, Savage has become something of a gadfly in pro-Trump conservative media. Trump, in his view, hasn't been aggressive enough to stop immigrants from coming to the United States.

Now Mr. Savage is an outlier once again, dismayed more each day as the budget deficit continues to swell, thousands of new migrants are apprehended at the border, and the wall Mr. Trump promised to erect and make Mexico pay for remains unbuilt.

“Read my lips: no new immigrants,” Mr. Savage said one recent day, taking a swipe at what he says is just one of the president’s major unfulfilled promises.

“If Hillary were president,” he said to his audience last month, “there’d be riots on the border. Nobody would tolerate this on the right. So why are they sitting this out?”

Listen to the clip of Savage's show below: