Republicans are freaking out over a NY Times project on history of slavery in the US: 'Evil propaganda machine' 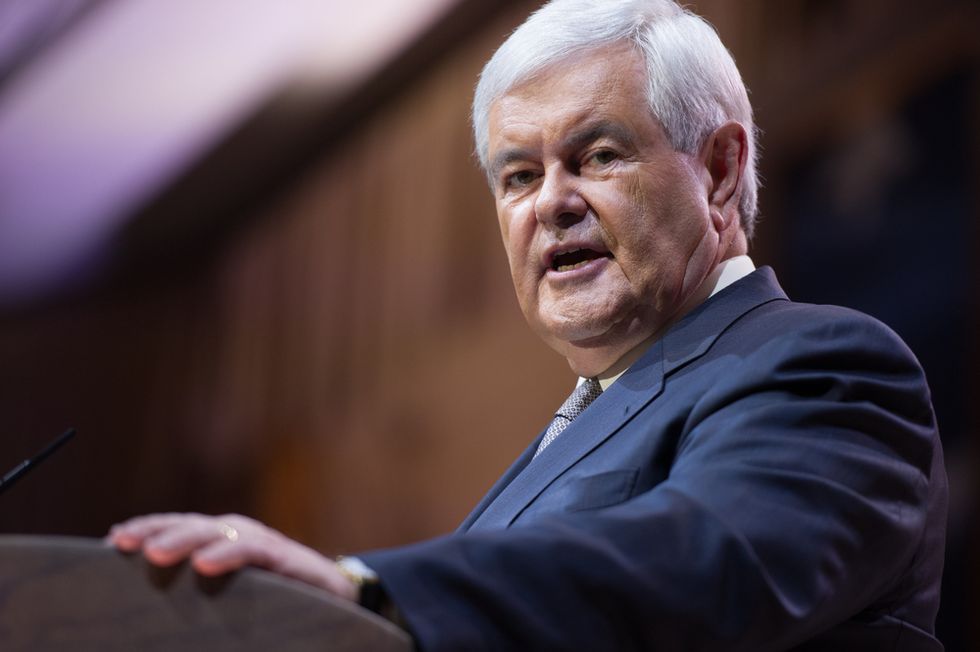 On Sunday, the New York Times unveiled its 1619 Project — an ambitious series of essays addressing the painful history of slavery in the United States and the contributions of African-Americans. And some far-right Republicans are throwing a temper tantrum, insisting that the series is nothing more than anti-American propaganda.The Times is calling its series the 1619 Project because it was in August 1619 — 400 years ago — that a ship containing enslaved Africans arrived at a port in Virginia, which was still a British colony at that point. Slavery existed in North America long before the U.S. Declaration of Independence was signed in 1776, and the Times series pinpoints August 1619 as a dark turning point in North American history.

Former House Speaker Newt Gingrich is among the far-right Republicans who is insisting that the 1619 Project has sinister anti-U.S. motives. On Sunday, Gingrich tweeted, “The NY Times 1619 Project should make its slogan ‘All the Propaganda we want to brainwash you with.’”

In a tweet promoting the 1619 Project, the New York Times’ Mara Gay announced that the publication planned to “publish essays demonstrating that nearly everything that has made America exceptional grew out of slavery.” And Gingrich responded, “This is simply a LIE. Pravda was never more dishonest than this effort to write a ‘left history.’”

President Donald Trump was equally buffoonish in his response to the 1619 Project, describing it as a “Racism Witch Hunt” coming from an “evil propaganda machine for the Democrat Party.” And the Washington Examiner’s Byron York, posted that a “question raised” by the “rollout of 1619 project” is: “should the public still view the Times as a news outlet? Or as something else?”

You wrote a dissertation about colonialism in the Belgian Congo while never going there once and only discussed the… https://t.co/FnvBMhaJLW
— Peter A. Shulman 📚 (@Peter A. Shulman 📚) 1566128475.0

The Failing New York Times, in one of the most devastating portrayals of bad journalism in history, got caught by a… https://t.co/BIyVs3Xid4
— Donald J. Trump (@Donald J. Trump) 1566130975.0

But David Frum, a Never Trump conservative, didn’t attack the 1619 Project —instead, he mocked Trump on Twitter, posting that the president was upset because the series isn’t about him.

Peter A. Shuman, an associate history professor at Case Western Reserve, noted that Gingrich is hardly a credible source on the history of slavery — as he “wrote a dissertation about colonialism in the Belgian Congo while never going there once and only discussed the perspective of the white colonizers.”