Republican senator heckled and booed during town hall for blaming recent mass shootings on mental illness: ‘Do something!’ 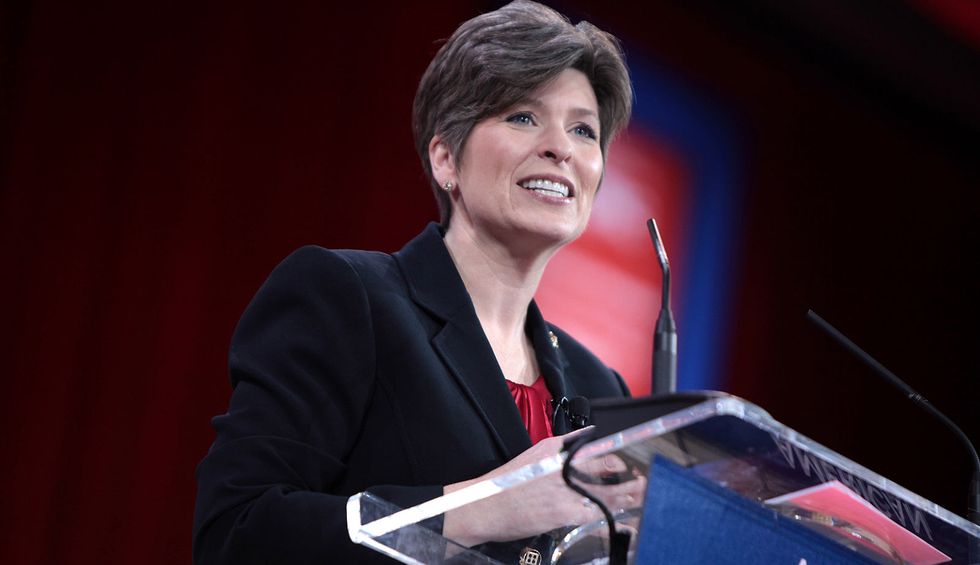 Iowa Sen. Joni Ernst, who is up for reelection in 2020 and is among the Republican senators who is considered vulnerable, discussed the recent mass shootings in El Paso, Texas and Dayton, Ohio during a town hall event in her home state this week —and she was booed and heckled when she echoed President Donald Trump’s rhetoric and blamed “mental illness” for the killings.

Resisting calls for stricter gun control, Ernst told Iowa residents attending the town hall, “A lot of the incidents we’ve seen do come back to mental illness.” And the crowd immediately started booing.

Attendees clearly wanted stricter gun control, and Ernst was bombarded with shouts of “What about the guns?” and “Do something.”

In response, Ernst said that the U.S. has been through many hardships — and someone responded, “It’s not the same.” When Ernst commented that the U.S. was “short on” mental health resources, an Iowan shouted, “We’re short congresspeople that take action.”

Someone else shouted, “We need you to protect us.”

Ernst echoed the assertions of other Republicans when she said she was in favor of enforcing gun control laws already in existence. But she wouldn’t commit to passing stricter gun control laws.

Ernst received a 93% favorability rating from the National Rifle Association (NRA) during the 2014 election, when she was first elected to the U.S. Senate.