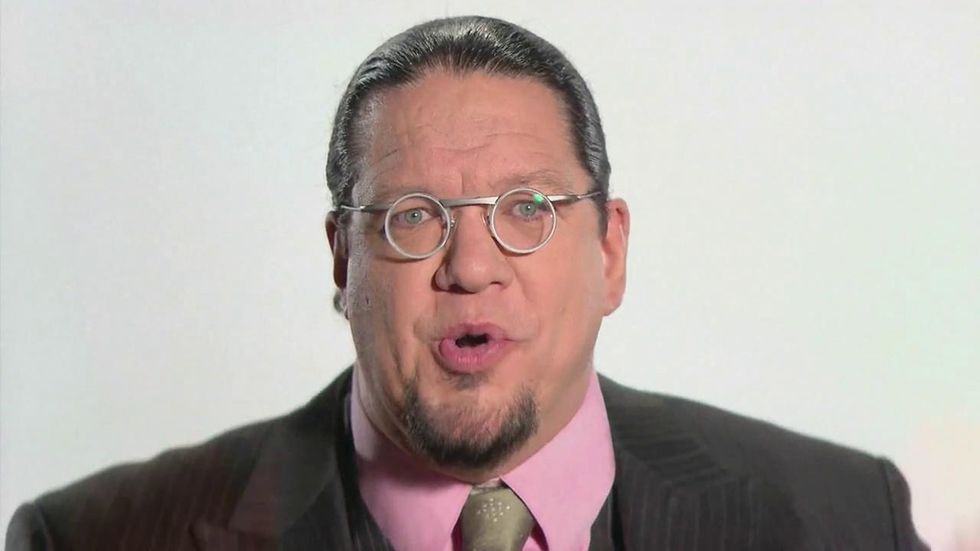 Magician and former "Celebrity Apprentice" contestant Penn Jillette on Thursday explained what it was like to spend time with Donald Trump.

Jillette said on the Joe Rogan Experience that Trump frequently complained at length about people criticizing him online. "He would be arguing in front of us with, perhaps, an 18-year-old guy on the internet who thought Donald Trump should have made more on a real estate deal," explained Jillette, who appeared on “The Apprentice” during a season that aired in 2012.

Jillette, half of the magic duo Penn & Teller, also said that Donald Trump Jr. told him that he appeared to be the only person on the show who liked his father.

"I said, you know, I have a fascination and a respect and an affection for people who are able to get out of their filter," Jillette said. "Some people do that with pure genius, like Bob Dylan... with some sort of mental problem coupled with greed and a lack of compassion, your father has somehow found a way to throw off the filters."

"I've always been interested in the people who were out on the margins," he added. "What Donald Jr. took as affection, I guess was a bit of affection, but it's also if you have thrown off some filters, I'll listen to you talk."

Jillette said one of the strangest things about Trump was his lack of humor and his lack of "enjoyment or understanding of music."