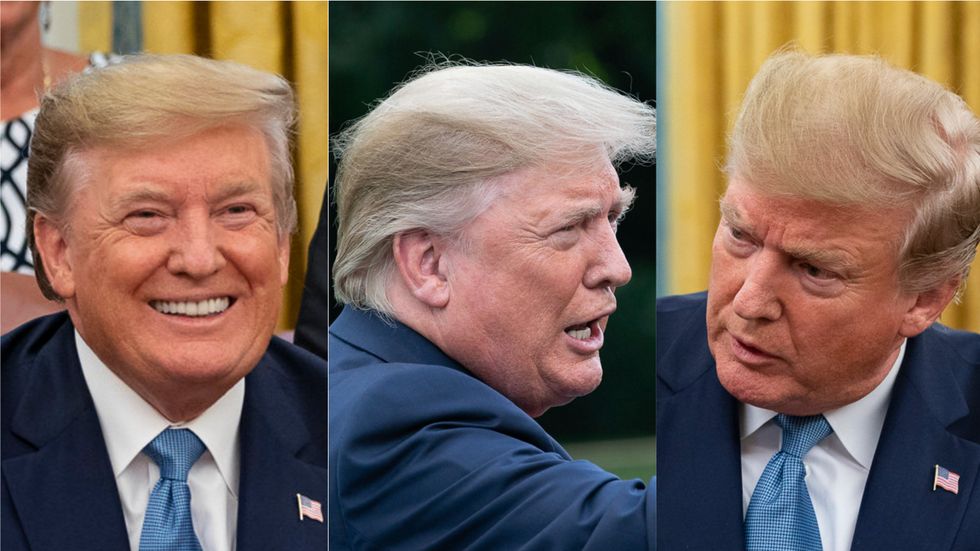 What is President Donald Trump actually trying to accomplish in his erratic global trade wars? What will he do next in his increasingly precarious dispute with China? No one seems to know for sure, and that made be part of the point.

As economist Paul Krugman pointed out Monday on Twitter, Trump may be employing what was first deemed the "madman strategy" under President Richard Nixon. This comparison of Trump's behavior to Nixon's has come up before with regard to broader foreign relations strategy. As historian Tim Naftali argued in 2017, Nixon's "madman theory" failed, and Trump's own version of the gambit appears unlikely to fare any better.

The basic idea, as Krugman explained it, is that you "make people uncertain about how far you'll go as a negotiating tactic." If China thinks Trump is so erratic and uncontrollable that he'd tank the U.S. economy to spite President Xi Jinping, then the authoritarian regime might decide that it has to simply give in to whatever demands the American preisdent makes to avoid catastrophe. That's how it should work in theory, anyway; but actual catastrophe remains a real possibility in practice.

"The idea was that this would make foreign adversaries cautious. A questionable theory even in context," Krugman said of the madman theory. "But on trade policy it's an utter disaster."

Trump seemed to confirm that his bluster is a negotiating tactic in a press conference at the G7 conference in France on Monday. A reporter pressed Trump on the instability created by the contradictory statements he has made about the ongoing trade war with China.

The reporter continued: "So my question is: Is that a strategy? Is it a strategy to call President Xi an enemy one day, and then say that relations are very good the next day ... ? You know, it's gone back and forth many times."

"It's the way I negotiate. It's done very well for me over the years. And it's doing even better for the country," Trump said.

Except, of course, it hasn't. The Federal Reserve recently announced it was cutting interest rates, in part, to compensate for the negative economic impact of Trump's trade war.

The first thing to realize is that because China has an authoritarian political system, its leaders are much more insulated from short-term public anger than the leaders of a democracy are. Trump has to worry about being reelected in 2020; Xi Jinping may well be president for life. If Xi wants to extend this trade war for another year or two or three, he can do it. If Trump does, it greatly raises the likelihood that he will no longer be president seventeen months from now.

At his news conference, Trump repeated multiple times that the trade war had cost China 3 million jobs. It’s unclear where he got that figure from, but even if it were true, it wouldn’t be much evidence that it is experiencing so much economic pain that it will inevitably cry uncle. In a country of 1.4 billion people, that represents about two-tenths of one percent of the population — a substantial number, but not enough to trigger a political crisis. And China’s unemployment rate, at least officially, is under 4 percent, about where ours is, which means those people would be able to find other work.

Krugman agreed that Trump's rhetoric hasn't yet frightened China, adding: "But what it does do is frighten *US business*, which doesn't know where Trump will go next. The result is to freeze plans for business expansion and depress our own economy."

It's not just liberal economists like Krugman making this case. When Trump escalated his attacks on China on Friday, David French, the chief lobbyist for the National Retail Federation, issued the following statement:

It's impossible for businesses to plan for the future in this type of environment. The administration's approach clearly isn't working, and the answer isn't more taxes on American businesses and consumers. Where does this end?

The fear, of course, is that Trump's strategy will plunge the country — perhaps the world — into economic turmoil, and by that point, it will be too late even if the president has a complete about-face.