Not a straight white male? US religious conservatives are coming for you 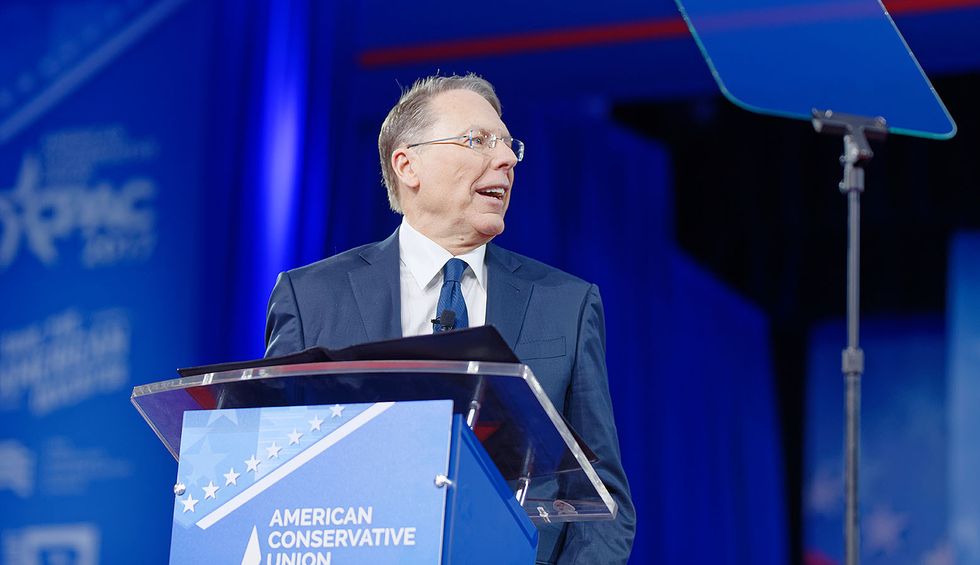 Any schoolchild in the United States knows that the US Declaration of Independenceguarantees individuals’ rights to “life, liberty and the pursuit of happiness”.

Now, imagine what these principles mean for right-wingers and religious fundamentalists: where “life” refers to fetuses; “liberty” includes the prerogative to discriminate against LGBTIQ people; and “the pursuit of happiness” is reserved for straight, white patriarchs.

For more nightmare fuel, look no further than the new government body that Secretary of State Mike Pompeo announced earlier this month: The Commission on Unalienable Rights. For the uninitiated: this project’s name might sound progressive, but it’s most definitely not.

Everything we’ve heard about this Commission is full of coded language that’s about as subtle as a brick through a window. This isn’t business as usual – even for the Trump administration. It represents an acceleration of a longstanding fundamentalist agenda.

According to its statement of intent, the Commission is needed as human rights “discourse has departed from our nation’s founding principles of natural law and natural rights”.

In case you’re wondering how to distinguish “natural” rights, they’re the ones bestowed by God (at least according to Pompeo’s commissioners). One of them, Peter Berkowitz, argues that Christianity is the source of all human rights. Another, Shaykh Hamza Yusuf Hanson, sees marriage equality for LGBTIQ people as a sign of the “End Times”.

In typical fundamentalist fashion, this project seeks to impose the same interpretation of law and rights used for generations to uphold slavery, genocide, categorical disenfranchisement, marital rape, domestic violence, and the criminalisation of LGBTIQ lives. Turning the clock back 200 years: this is how Pompeo proposes to make America great again.

In an op-ed published by the Wall Street Journal, the Secretary of State attacks “politicians and bureaucrats [who have created] new rights”, and thus “blur the distinction between unalienable rights and ad hoc rights granted by governments”. He also asserts that “rights claims are often aimed more at rewarding interest groups and dividing humanity into subgroups”.

But people whose rights are in danger because of their race, gender, sexual orientation, gender identity or any other real or perceived identity are not “interest groups”. We are the majority of the world. And we’ve fought for generations to ensure that human rights frameworks are truly inclusive of all people. Now, this Commission wants to undo our gains.

The Commission chair, former US Ambassador to the Holy See Mary Ann Glendon, saysit will “work at the level of principle, not policy”. This should set off alarm bells. Policies, after all, can be reversed. But principles set the parameters of what kinds of policies are even possible. That’s their real aim: to circumscribe the range of acceptable ideas, scale back hard-won universal rights, and thus limit our possibilities.

We expect they’ll start with foreign policy, taking a page from a tried-and-true playbook. For decades, what American ultra-conservatives couldn’t get away with at home, they’ve exported abroad – through such heinous policies as the so-called Global Gag Rule, and the Helms Amendment, for instance, which have limited women’s access to safe abortion services around the world.

And once these right-wing policies are established – and legitimated – in foreign policy, they’re brought home to roost. Recently, a US court of appeals ruled that Trump’s Domestic Gag Rule can go into effect (further limiting abortion access here as well).

As the directors of international organisations for women and LGBTIQ people, OutRight Action International, and MADRE, we’re working to create a world of human rights and gender justice, where all people live free from violence and discrimination.

This work threatens the aims of ultra-conservatives, whose worldview depends on women being subservient within societies and LGBTIQ people disappearing altogether.

Their frontal assault is against abortion and the rights of LGBTIQ people, but that’s only their opening salvo. Unless you are part of the narrow demographic of rich, white men deemed to have rights in 1776, they’re coming for you too. In fact, their ideology threatens the vast majority of people – which is one reason it must be justified as “natural” and God-given.

The right’s concerted attack on reproductive rights and LGBTIQ people reflects the centrality of gender as a system for asserting the control and domination they seek. They target us because we’re upending that system. But allying feminist and LGBTIQ rights movements is more than a mutual defense pact: it’s a strategy to defeat the right.

Just last month, our organisations won a major victory after a year-long campaign around a pending international treaty on crimes against humanity. We ensured that this draft treaty dropped an outdated definition of gender, affirming the rights of all people.

In that campaign, we saw many of the same attacks that are now embedded in Pompeo’s new Commission – including claims that we were assaulting the ‘natural order’ and that our advocacy threatened traditional conceptions of rights.

One right-wing organisation C-FAM even claimed that our victory represented an attack by homosexual men on “our mothers and our sisters and our daughters”. That might seem a strange charge against an effort led jointly by LGBTIQ and women’s organisations, but they see the threat represented by our unified efforts and seek to drive a wedge between us.

One of the greatest successes of human rights advocates over generations is this: When our own governments and constitutions fail us, we can turn to international human rights to seek justice and reparation. We can share our testimonies about the abuses we’ve endured and, perhaps most importantly, change the global conversation. In doing so, we’ve influenced policies and practices at home and around the world.

Attacks on human rights, gender protections, and the multilateral system are a transparent attempt to close down that channel of progressive change-making. But by aligning our efforts as women’s and LGBTIQ rights organisations, and making common cause with other progressive movements, we can face down this latest assault.