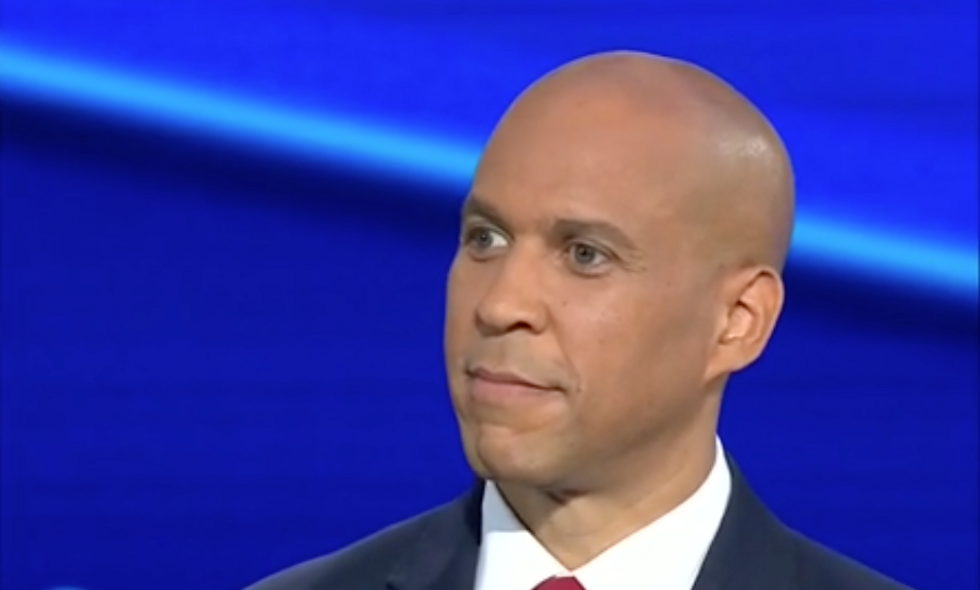 While officials from New Jersey and the Trump administration met in Washington, D.C. Thursday to discuss lead-contaminated drinking water in Newark, the advocacy group Food & Water Watch pointed to the emerging crisis as an example for why the federal government needs to prioritize water justice on a national scale.

"We need a federal recommitment to safe and clean water for all, or these terrible episodes will continue and the human right to water in America will remain tenuous and unprotected," Mary Grant, the group's Water-For-All director, said in a statement.

The demand came as New Jersey Department of Environmental Protection Commissioner Catherine McCabe met with Enviromental Protection Agency Administrator Andrew Wheeler about the emerging situation in Newark, where officials have been handing out bottled water to city residents since Monday, after undisclosed levels of lead were detected in some homes' water.

Introduced in February by Sen. Bernie Sanders (I-Vt.) and Rep. Brenda Lawrence (D-Mich.), the WATER Act, as Common Dreams previously reported, "would create a $35 billion trust fund to invest in water infrastructure improvements across the United States. The legislation will be a step toward making sure public water services are functional and guaranteeing safe, clean, and affordable for American households, its sponsors say."

Emphasizing the urgent need for such an investment, Grant said Thursday that "there are no ifs, ands, or buts here: we need to eliminate lead from water. The WATER Act is the most comprehensive approach to improving our water systems and helping ensure that every person has access to safe and clean water in the United States."

Newark—where city officials distributed tens of thousands of water filters to households with lead service lines since last year, amid mounting public safety concerns—has drawn comparisons to the lead contamination crisis in Flint, Michigan, which has provoked national outrage and drawn-out legal proceedings that aim to hold public officials in the state accountable.

I know exactly how those kids feel because this has been the reality for my community for many years. I also know… https://t.co/TgoG6sJk2C
— Mari Copeny (@Mari Copeny) 1565815906

"Flint was the bellwether of our country's growing water crisis, and now Newark is the latest community to grapple with serious lead contamination of its drinking water," said Grant, noting that "the communities most deeply impacted are predominantly older communities of color that have historically been disenfranchised."

Reporting Wednesday on the Newark crisis, The New York Times also acknowledged that, "like Flint, many of the neighborhoods affected by worries over the drinking water are predominantly African-American and low income."

Standing in long lines, residents expressed anger and fear over how wide-reaching the problem really was. Many said their anxiety over the water adds to the challenges the city already faces—from poverty to drugs.

"We're ducking bullets, were ducking and dodging bullets every day," said Nafessah Venable as she stood outside a recreation center with her young son. "We can't even take our kids out to play. Now we've got to worry about water? Water is a necessity for life. How can we survive without clean water? It's tragic, and it's very mind-boggling to wonder what the future holds in terms of the water system."

Newark's water crisis ramped up Friday, when a regional administrator at the EPA sent a letter (pdf) to McCabe and Newark Mayor Ras Baraka detailing how recent tests at a few homes which were using the distributed filters—the same systems deployed in Flint—had revealed water samples with lead levels exceeding the federal limit of 15 parts per billion. The tests suggest the filters distributed by the city "may not be reliably effective," the EPA official wrote, so residents whose water supply may be contaminated should be advised "to use bottled water for drinking and cooking."

Baraka and New Jersey Mayor Phil Murphy, both Democrats, said in a joint statement Sunday that they "are prepared to do everything the City needs" to address the crisis. The City of Newark has published online resources to help residents determine whether they are at risk for lead exposure, distributed bottled water to those who have received filters for their homes, and expanded testing in hopes of gaining a better understanding of the scope of the crisis.

With both the statement and in comments later in the week, Murphy noted the need for federal assistance to address the issue.

As the governor put it at a Wednesday news conference, "We need the federal government to do its share and punch its weight."

The state's governor and city's major aren't the only New Jersey Democrats garnering attention over the crisis, NPR reported Tuesday.

A spokesperson for Sen. Cory Booker, a former mayor of Newark and presidential candidate, told NPR that the senator had made efforts to address New Jersey's water problem. "We'll be sending a letter to the [EPA]" later on Tuesday with other federal lawmakers in New Jersey, "urging the EPA to help the city and state with distributing bottled water to its residents," spokesperson Kristin Lynch said.

Booker also introduced the Water Infrastructure Funding Transfer Bill in May. He said the measure would give states flexibility to fund infrastructure projects. That bill's passage was blocked in Congress, Lynch said.

The presidential hopeful—who is not a co-sponsor of the WATER Act—also took to Twitter Wednesday to address the crisis and call for federal attention: