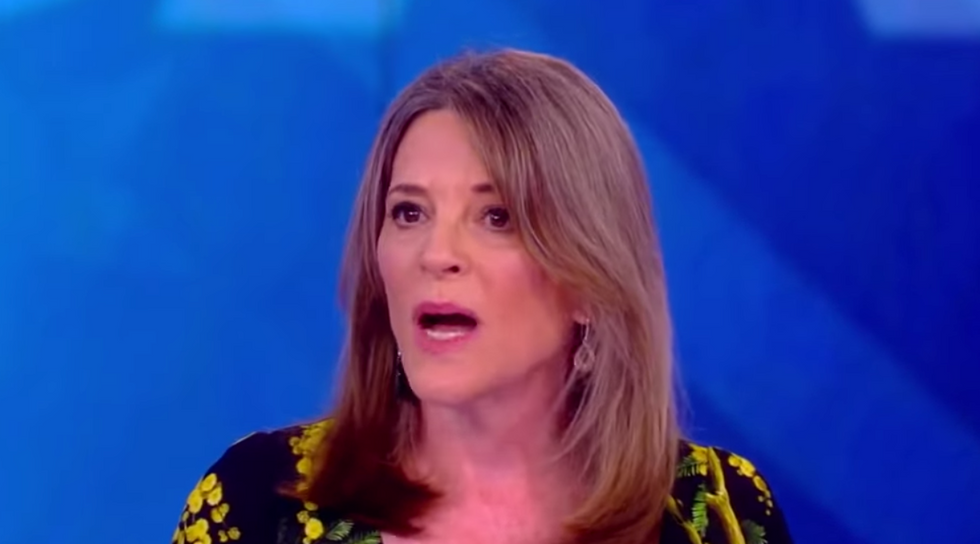 Barrett is the author of the 2007 book “Truth Jihad: My Epic Struggle Against the 9/11 Big Lie,” and he has been an outspoken proponent of the conspiracy theory that the terrorist attacks of September 11, 2001 were a “false flag.”

When Williamson appeared on Barrett’s radio show seven years ago, he asserted that he had “a bit of a chip on my shoulder” because he had been ostracized in academia for his involvement in the 9/11 truther movement. Barrett told his guest that he had “lost two jobs” in academia and that if he couldn’t share his 9/11 theories without risking his job, “then we’re pretty fascist.”

Williamson responded, “Yeah, I couldn’t agree with you more.” And she added, “To have questions about 9/11, to me, is no different than having questions about the Warren Commission. And I don’t believe in the single bullet theory of the Kennedy assassination either.”

Commenting on Williamson’s appearance on Barrett’s show seven years ago, Queens-based political activist Avi Bueno tweeted, “Williamson lives in the world of pseudoscience, new age woo, and conspiracy theories. They overlap, and she has happily embedded herself in all of them.”