'It's getting worse': CNN media critic says we can no longer 'tiptoe' around Trump's mental decline 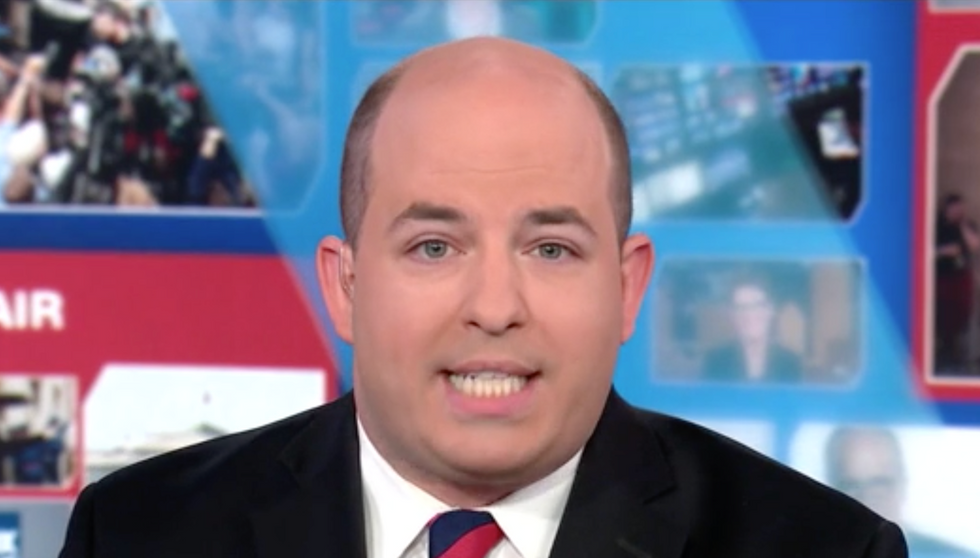 "It's getting worse, we can all see it," CNN's Brian Stelter noted in a Monday segment on Donald Trump's mental health. "But it's still a very hard, a very sensitive story to cover," he added.

Stelter was one of several journalists grappling with how to cover a taboo subject that is also urgently pertinent to the man who is now running the country. Among "people who cover this world for a living," he said, "there is definitely widespread recognition that Trump's behavior is getting worse, in type and in frequency."

Nonetheless, few Washington journalists want to cover it. One main reason is there's no format or agreed-upon language for having such a discussion about powerful political figures, let alone the pr*sident of the United States. Making matters worse, many mental health professionals are hesitant to ponder the diagnosis of someone whom they are not treating, due to ethical guidelines.

Nonetheless, some psychiatrists have prioritized their ethical "duty to warn" the public above other codes of conduct, making themselves available for comment on the matter. That group, now 37 strong, warned that Trump would only get progressively worse in their publication, The Dangerous Case of Donald Trump.

What many columnists are concluding is that Trump's exact diagnosis isn't the most salient issue, but rather the fact that it's obvious there's a problem. As conservative columnist Megan McArdle wrote in The Washington Post, "I’m not Trump’s doctor, and I don’t know what’s wrong with him ... But I don’t need a diagnosis to know that the symptoms are pretty worrying."

The Atlantic's James Fallows builds on McArdle’s point, observing that were Trump in any other position of power, people would be finding ways to orchestrate his ouster.

"If an airline learned that a pilot was talking publicly about being ‘the Chosen One’ or ‘the King of Israel’ (or Scotland or whatever), the airline would be looking carefully into whether this person should be in the cockpit," Fallows writes. "If a hospital had a senior surgeon behaving as Trump now does, other doctors and nurses would be talking with administrators and lawyers before giving that surgeon the scalpel again."

Knowing Trump's precise diagnosis is, in fact, far less important than a fact that is much more obvious: He is a clear and present danger to the nation and to the globe.

As Stelter said, "We can't tip-toe around it anymore. We've got to talk about this."