How low will they go? Climate deniers are getting personal to attack this 16-year-old's activism 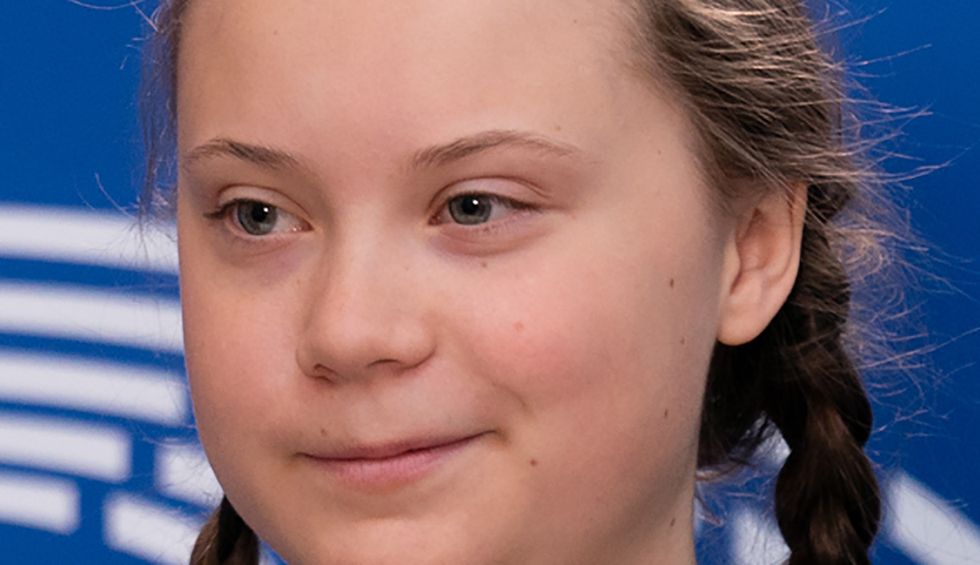 One of deniers’ favorite lines, used to justify the fact that basically everyone who isn’t paid by fossil fuels debunks everything they say, is that if you’re taking flak, you must be close to the target. It comes from World War II, when bomber pilots came under increasingly heavy fire as they approached the German’s most valuable assets.

While most school children are busy enjoying summer, this August began with a risible attack on Greta by denier from down under Andrew Bolt, which predictably got picked up by WUWT. To her credit, Ms. Thunberg seemed relatively unfazed by major Australian newspaper the Herald Sun running Bolt’s piece calling her “deeply disturbed,” tweeting in response that yes, she is “indeed ‘deeply disturbed’ about the fact that these hate and conspiracy campaigns are allowed to go on and on and on just because we children communicate and act on the science.”

And the day after Greta’s tweet, none other than the bastion of mainstream liberal media, The New York Times, ran an op-ed attacking Thunberg. The piece was authored by Christopher Caldwell, a senior editor at the conservative Weekly Standard. (Which may make you wonder about that “conspiracy campaign” targeting her.)

As Ted Macdonald notes in his Media Matters debunking of Caldwell’s piece, the essay includes “basic climate denial and personal attacks” that “echo those that have been made in right-wing media ever since Thunberg rose to prominence.”

We’ve known for years that the Serengeti Strategy is a key tactic of organized denial. Coined by one of its primary victims, Dr. Michael Mann, this is the term for the process of singling out and focusing negative attention on someone deniers are particularly threatened by--akin to how lions seek out a single individual on which to prey. Because it’s basically impossible for deniers to challenge the science and evidence, they instead target individuals in the hopes of harassing them into silence.

But the attacks on Greta go even further. As E&E’s Scott Waldman reported on Friday, Thunberg’s openness about not being neurotypical has become a recurring theme to organized denial’s attacks.

In addition, then, to folks comparing her activism to the “Hitler youth,” accusations that she’s “being mercilessly manipulated by adult climate bedwetters funded by Putin,” and simple tweets like “Greta=Evil,” we’re seeing what autism expert Steve Silberman described to Waldman as “classic autism bashing.” Silberman explains how deniers “feel like they don’t have to hold back” and can “just ‘other’ her, turn her into a freak when she’s actually making more sense than 95% of the adults who have addressed this issue for the last 30 years.”

For example, Waldman mentions attacks on Thunberg’s “monotone voice” and “look of apocalyptic dread in her eyes” that apparently make her look like a “millenarian weirdo.” As autism advocate Zoe Gross points out, these could be examples of people “explicitly saying that autistic people are not worth listening to,” despite what should be an obvious fact that “people with all kinds of disabilities can form and express opinions, speak up for ourselves and others, and become advocates and leaders.”

As well they should. And it’s not even always much of a disability, with Thunberg herself saying while it’s “not a ‘gift,’” it “CAN be a superpower.” As Silberman describes: “unlike most neurotypical people, she can’t just shrug off the fact that of course oil company executives are going to lie and politicians who are beholden to them are going to lie. She can’t abide that, it bothers her almost viscerally.”

Which, yes, it should. It should bother all of us viscerally.

So while their attacks are even more re-Gretable than usual, it sort of makes sense that she would be targeted. As far as activists go, she’s already had an inGretable influence, and she’s just getting started.