Houston Chronicle to Beto O'Rourke: Drop out — and run for Senate in Texas 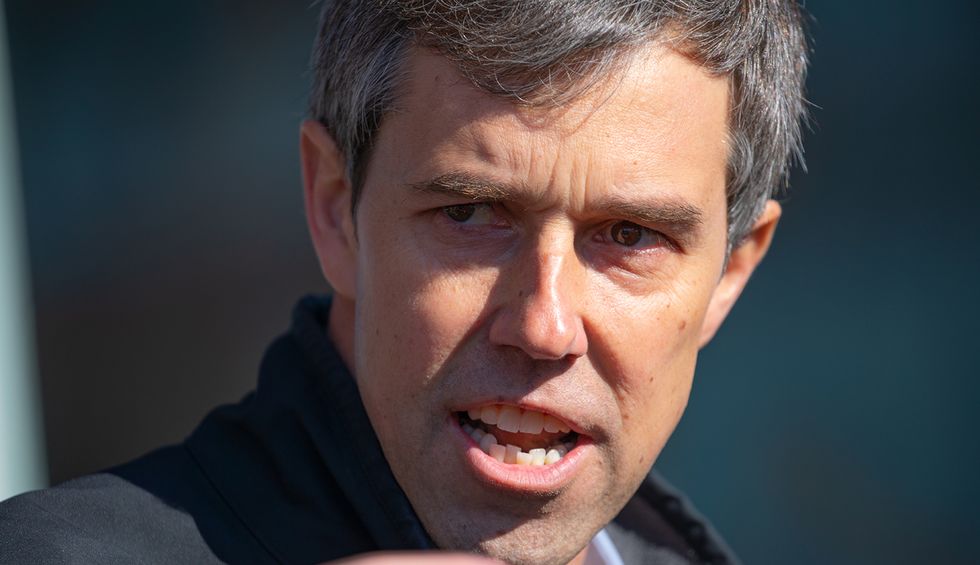 One of the largest newspapers in Texas issued a message over the weekend to Democratic presidential candidate and former Rep. Beto O'Rourke: Texas needs you.

In an editorial published Saturday, the Houston Chronicle urged O'Rourke to drop out of the 2020 presidential race and instead return to Texas to run for the Senate again — this time against Republican incumbent Sen. John Cornyn.

The editorial board pointed to O'Rourke's response to the mass shooting in his hometown of El Paso and criticism of the media's reporting of President Donald Trump's racist rhetoric that made it wish he would "shift gears" and "take a new direction."

"So Beto, if you’re listening: Come home. Drop out of the race for president and come back to Texas to run for senator," the board wrote. "The chances of winning the race you're in now are vanishingly small. And Texas needs you."

O'Rourke failed to unseat Sen. Ted Cruz, R-Texas, during the 2018 midterm election cycle, and the board acknowledged it "wouldn't be easy" for the former congressman to defeat Cornyn in 2020.

"But a lot has changed since 2018," the newspaper noted. "You had a lot to do with that — and Trump is no longer rock-solid in Texas. Neither are the Republicans who support him."

"For too long, Texas officials have had only to consider how far to the right they must go to stay in office. No one is asking whether there might be a good idea or two on the Democratic side of things," the editorial board wrote. "We need you, Beto, because Texas badly needs that other view of the world, those differing opinions. You've brought us closer to having real, competing parties than any other candidate has, and than any candidate on our radar could."

"So please, Beto, after you've taken some time to mourn the dead in El Paso, consider whether now is a good time to leave one race and join another," the news outlet continued. "Texas needs you back home."

O'Rourke, who was born and raised in El Paso and represented the area in Congress for six years, has fiercely criticized Trump in the wake of last weekend's mass shooting, which left 22 people dead and once again devastated the nation with horrifying scenes of gun violence.

"22 people in my hometown are dead after an act of terror inspired by your racism," O'Rourke tweeted at the president last week. "El Paso will not be quiet and neither will I."

The lawmaker is one of nearly two dozen Democratic candidates who are vying to take on Trump in 2020.

Although his campaign has largely stalled, with his massive early fundraising totals overshadowed by a pair of lackluster debate performances and low polling, O'Rourke said he is even more determined to clinch the Democratic presidential nomination after the shooting in his hometown.

"I'm running for president. . . . At a time that the president is attacking this community, this part of the world, the U.S.-Mexico border, cities of immigrants, that's where I am. That's where I live. That's where we're raising our family," he told the New York Times late last week. "I can meet him on this issue in very personal terms and from a place that no one else can."

Former Texas State Sen. Eliot Shapleigh told the newspaper that O'Rourke's response in the wake of the shooting has "crystallized his message in a way that’s been beneficial."

"He's an emotional guy. That's how he connects with audiences," Shapleigh said. "I think this tragedy will help him do that around the country."