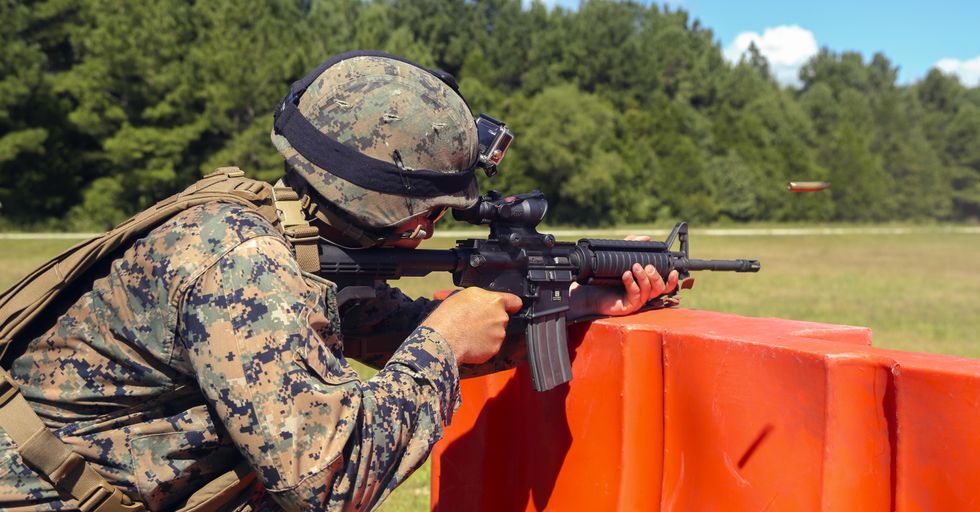 Speaking with PBS Newshour this week, firearm safety expert Dr. Garen Wintemute of UC Davis Medical Center offered a firm rebuttal to the claim — often repeated by defenders of gun ownership — that the only thing that can stop a bad guy with a gun is a good guy with a gun.

Host Judy Woodruff asked about some of the proposals being floated to respond to the recent mass shootings in Dayton, Ohio, and El Paso, Texas. One proposal often favored by conservatives is the expansion of "concealed carry" laws that would let people permitted to arms themselves in public with a hidden gun to use their state-issued licenses across state lines.

But this idea doesn't make much sense, according to Wintemute.

"Both Texas and Ohio, where we have had mass shootings just in the past few days, are places with concealed carry, at least one with open carry, where it's hard for me to imagine that among the people wisely running away from that shooting scene were a substantial number of people who were themselves armed," he said. "We have this collective adolescent fantasy, if I may, that an armed civilian is going to step up and prevent these events. The data show that that almost never happens."

Expansion of concealed carry standards across state lines also might be "counterproductive," he said, because it would force states that set high standards for issuing licenses to essentially lower their standard to for people coming from elsewhere.

The claim that having more people walking around with concealed weapons is also belied by the broader evidence. Data has consistently shown that, the more guns a place has, the more homicides are likely to occur. And a recent study found that right-to-carry handgun laws actually lead to a significant increase in violent crime.

This accords with common sense. For every rare case in which a person with a concealed gun actually stops a potential mass shooter, how many more cases will there be where a misunderstanding leads to violence? Or a firearm is accidentally discharged? Or a gun is stolen? The more guns around, the more common these inevitabilities become. The fewer guns we have, the fewer people will die because of them.