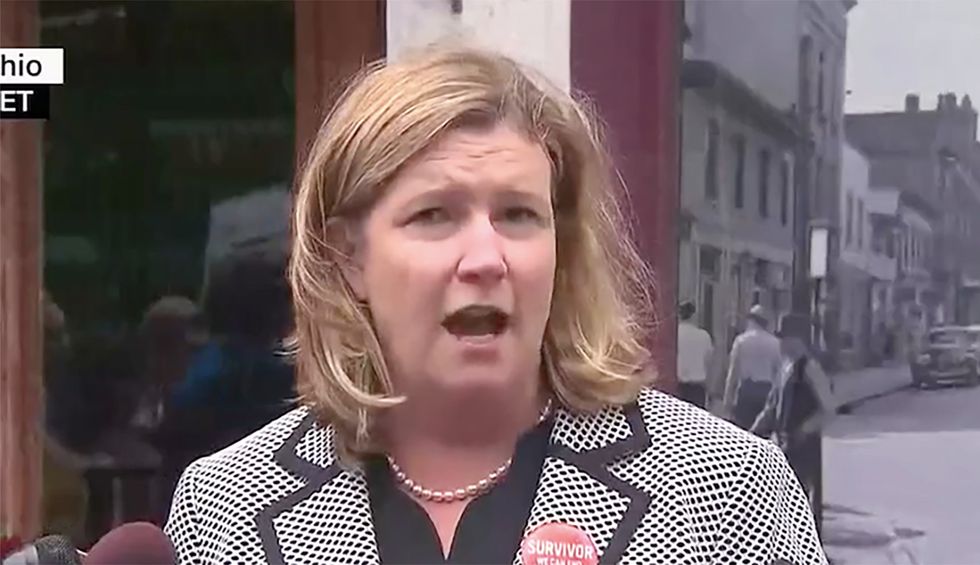 Dayton, Ohio Mayor Nan Whaley has been assigned security detail after President Donald Trump turned his ire on the grieving local leader in the wake of a massacre in her city earlier this month that killed 9.

“Get the hell out of this country you disrespectful trash," reads one message Whaley received, according to the Dayton Daily News. "Treason is death.”

Trump and Sen. Sherrod Brown (D-OH) visited Dayton on August 7, after a gunman opened fire at the popular downtown Oregon Historic District early Saturday morning on August 4. During a press conference following the president’s visit, Brown and Whaley said they had urged Trump to push gun legislation, including background checks, in the wake of the shooting. They also acknowledged that first responders and survivors were grateful for his visit.

Inexplicably, Trump later took to Twitter to claim the pair “misrepresented” his reception at the hospital, despite Brown and Whaley both acknowledging that victims and first responders were grateful for the president’s visit. In an interview with CNN, Whaley said she was “at a loss” for why Trump was angered by their statements.

As Dayton Daily News reports, the decision to give Whaley around-the-clock security detail came from city law director Barbara Doseck and city commission office director Ariel Walker. It has since been “scaled back,” according to the report, but a police spokesman declined to “reveal what type of security has been or will be provided.”

As for Whaley, she said the detail is “the most extensive security I’ve ever had.”