Columnist Peter Beinart erupts over a right-wing magazine's bigotry toward Palestinians: 'It's a tradition for you guys!' 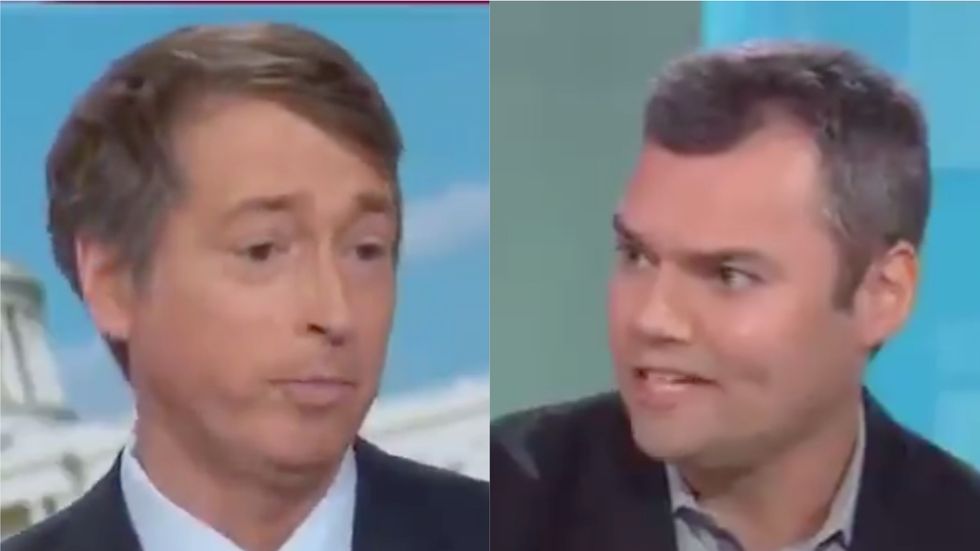 It's surprisingly rare to see a passionate, unapologetic defense of Palestinian rights on American cable news, which made Peter Beinart's Monday appearance on CNN particularly noteworthy.

A columnist for The Forward and The Atlantic, Beinart described the powerful experience of witnessing the Israeli occupation Palestinians live under and sparked a fiery debate with co-panelist Rich Lowry, editor at National Review.

"Palestinians don't have to be saints in order to deserve the basic rights that all of us take for granted," Beinart said. "The first time I went to spend time with Palestinians in the West Bank, it was a shattering experience. The only thing I could imagine would be similar for Americans would be going to visit the Jim Crow South. When you see people living under the control of the state with no rights — they cannot become citizens, they cannot vote for the state that controls their lives, they do not have free movement, they need a pass to move from city to city, they live under a military legal system — the consequences are more brutal than we can imagine sitting here."

Despite the fact that Beinart clearly said that he disagrees with suicide bombings carried out on behalf of the Palestinian cause, Lowry mendaciously claimed that his argument supported or downplayed terrorism. Beinart accused Lowry of distracting from the main issue, and then launched into a tirade about the National Review's bigoted history as a mouthpiece for the right wing.

"Just as National Review defended apartheid, and just as you defended segregation, you now defend Israel's oppression of Palestinians' basic rights. It's a tradition for you guys!" Beinart said.