Columnist debunks the nefarious right-wing myth that 'we're a republic, not a democracy' 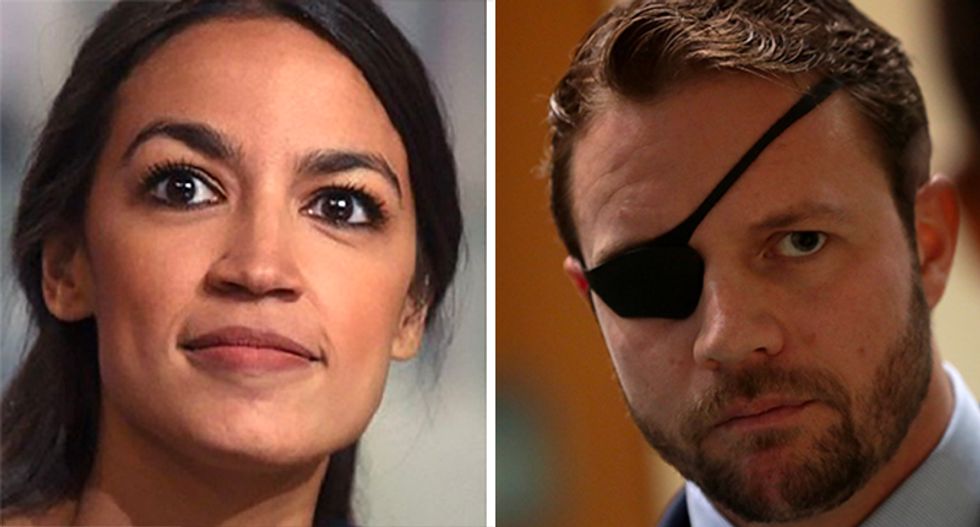 A common right-wing talking point one hears against abolishing the Electoral College and electing presidents via a popular vote in the United States is, “We’re a republic, not a democracy.” Rep. Dan Crenshaw recently used that type of argument during a Twitter exchange with Rep. Alexandria Ocasio-Cortez, who favors abolishing the Electoral College.

But New York Times opinion writer Jamelle Bouie, in his latest column, explains why the “We’re a republic, not a democracy” talking point is as bogus as it is elitist.

“If there’s substance behind ‘We’re a republic, not a democracy,’ it’s not as a description of American government,” Bouie explains. “There’s really no difference, in the present, between a ‘republic’ and a ‘democracy’: both connote systems of representation in which sovereignty and authority derive from the public at large. The point of the slogan isn’t to describe who we are, but to claim and co-opt the founding for right-wing politics — to naturalize political inequality and make it the proper order of things.”

On Twitter, Bouie notes, Ocasio-Cortez called for the U.S. to end the Electoral College and “establish a popular vote” in presidential elections — and Crenshaw responded, “Abolishing the electoral college means that politicians will only campaign in and listen to urban areas. That is not a representative democracy. We live in a republic, which means 51% of the population doesn’t get to boss around the other 49%.”

Abolishing the electoral college means that politicians will only campaign in (and listen to) urban areas. That is… https://t.co/qQ5CJEXR7C
— Dan Crenshaw (@Dan Crenshaw) 1566688929.0

Bouie, in his column, disagrees with Crenshaw’s tweet and sides with Ocasio-Cortez in that debate.

“A presidential candidate who focused only on America’s cities and urban centers would lose — there just aren’t enough votes,” Bouie writes. “Republicans live in cities just as Democrats live in rural areas. Under a popular vote, candidates would still have to build national coalitions across demographic and geographic lines. The difference is that those coalitions would involve every region of the country instead of a handful of competitive states in the Rust Belt and parts of the South.”

Bouie goes on to note where the “we’re a republic, not a democracy” talking point comes from. Historian/author Nicole Hemmer, according to Bouie, traces it back to the 1930s and early 1940s and people on the right who disagreed with President Franklin Delano Roosevelt that the U.S. should enter World War II.

Bouie concludes by reflecting on the nefarious intentions behind the seemingly simple slogan.

“What lies behind that quip, in other words, is an impulse against democratic representation,” Bouie stresses. “It is part and parcel of the drive to make American government a closed domain for a select, privileged few.”