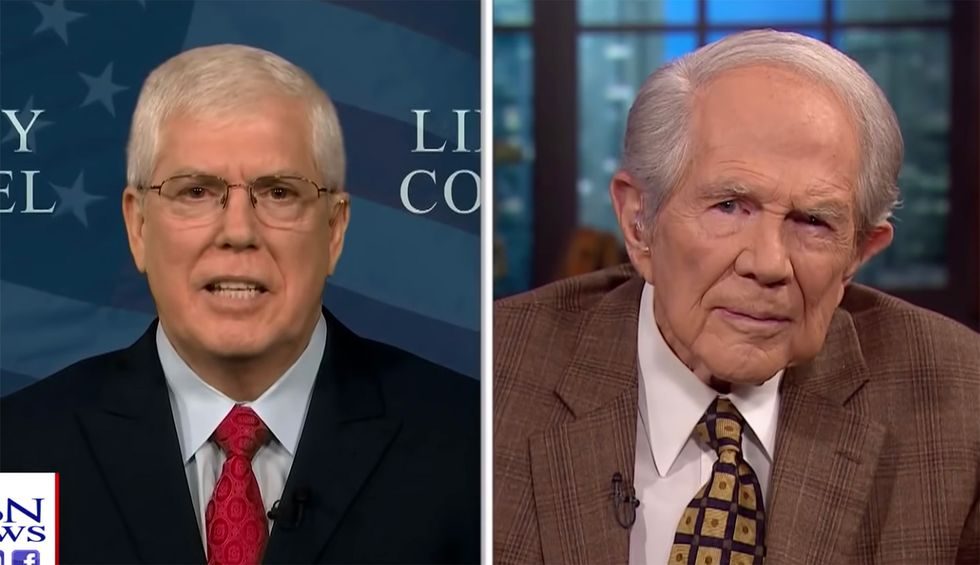 On August 14, the U.S. Department of Labor announced a proposed rule that would allow companies with government contracts to discriminate against those who offend a contractor’s religious views — and while the proposal is coming under fire from LGBTQ activists, it is being applauded by fundamentalist Christian Right groups like the Family Research Council and Liberty Counsel.

The proposed rule, the Advocate is reporting, would not only affect the LGBTQ community, but would also allow Christian fundamentalist contractors to discriminate against others who offend them — for example, single parents or minority faiths that offend the Christian right. And what LGBTQ activists view as discrimination, far-right fundamentalists view as protecting religious freedom.

Liberty Counsel Chairman Mat Staver, in a press release, officially stated, “I commend the Trump Administration and the Department of Labor for not discriminating against religious employers and organizations that can provide the same high-quality services as allowed by other federal contractors. The religious freedom of individuals and organizations is protected under federal law and the Constitution. It is past time to end discrimination against churches and Christian viewpoints.”

Similarly, Mary Beth Waddell (the Family Research Council’s senior legislative assistant) applauded the proposed rule as “in keeping with our nation’s history of respect for moral and religious beliefs” and cheered the Department of Labor “for taking steps to ensure that religious employers are free to operate according to their religious beliefs without fear of government punishment.”

The proposal, which hasn’t been finalized yet, would be a departure from the policy of President Barack Obama — who gave an executive order asserting that for-profit companies and nonprofits with government contracts cannot discriminate on the basis of sexual orientation or gender identity. Obama’s order was cheered by LGBTQ activists but denounced as an attack on religious freedom by anti-gay Christian Right extremists.

One of the Labor Department proposal’s vehement critics is Sarah Warbelow, legal director for the Human Rights Campaign. Warbelow denounced it as an “outrageous action taken by the Trump-Pence Administration to undermine the rights of American workers.”