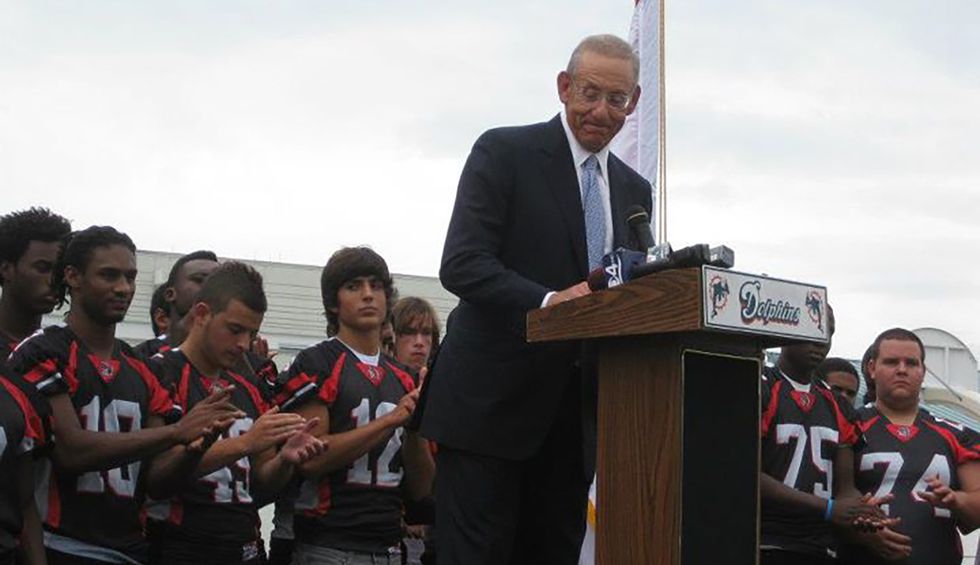 Billionaire Stephen Ross, the chairman and owner of the parent company that owns SoulCycle, Equinox Fitness, and many other companies, is hosting a multi-million dollar Hamptons fundraiser for President Donald Trump this weekend, and many across the country are furious. The backlash includes calls for members to cancel their memberships and boycott.

Ross, like many billionaires (except the beneficiary of the upcoming fundraiser) is not in the public eye much. His businesses, while for many are household names (or even, the owner of their households) are not frequently tied to his name, unlike other billionaire families: The Trump Organization, Walmart’s Walton family, the Koch Brothers’ Koch Industries.

As NCRM reported Wednesday, among the companies that Ross owns is The Related Companies, a multi-billion dollar real estate development and management firm.

After massive backlash, including from numerous celebrities furious that Ross is effectively helping to fund the anti-immigrant and white supremacist hate Trump and his campaign are spewing, The Related Companies pulled the plug on the page that lists its holdings – the companies it owns.

Hope you weren't curious what other brands Related owns, because as of today, your access to that part of its websi… https://t.co/ScaXDJwKZG
— Matthew Schneier (@Matthew Schneier)1565277994.0

Of course, the page has been archived by the famous Wayback Machine, one of the internet’s best resources, so you can see all the companies Ross owns here. (Appears to not work with Safari.)

Among the companies Ross owns, in addition to The Related Companies, are the Miami Dolphins, Hard Rock Stadium, and RSE Ventures, a sports, entertainment, media, and marketing firm.

The Related Companies owns Equinox Fitness health clubs, along with SoulCycle, PURE Yoga, Blink Fitness, and The Yorkville Club. The Related Companies is one of two developers in charge of the redevelopment of 28 acres in and around Manhattan’s Chelsea neighborhood, known as the Hudson Yards project.

There’s more at the archived page.

Lastly, on Wednesday SoulCycle and Equinox both issued similar statements claiming Ross is merely a “passive investor.” He is the chairman and majority owner of their parent company, The Related Companies.

“Stephen M. Ross is the Chairman and Founder of Related Companies,” the company’s website proudly states. “Mr. Ross formed Related in 1972 and today the company includes over 3,500 professionals. Related is one of the largest owners of affordable housing, and has over $50 billion in real estate assets owned or under development, including mixed-use, residential, retail and office properties in premier high-barrier-to-entry markets. Mr. Ross is also the owner of the Miami Dolphins.”