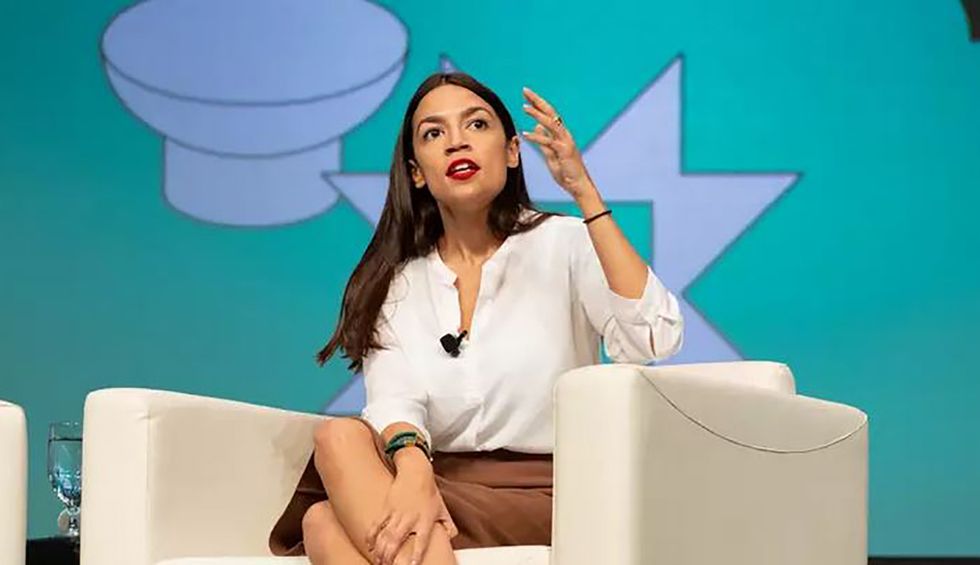 Boxer — who retired from the U.S. Senate in 2017 — revealed in an op-ed for the San Francisco Chronicle earlier this week that she had accepted Lyft's request to "advise them on how to find a compromise" over the bill, which would reclassifying some independent contractors, like drivers who work for the company, as employees.

In the op-ed, Boxer argued the bill, known as AB 5, "could remove drivers from the road, take away their opportunity to support their goals and families, and make a service which many Californians count on less reliable."

But Ocasio-Cortez — responding to a tweet about Boxer's op-ed — wrote on Twitter that former government officials "should not become corporate lobbyists, in letter or spirit."

"It's an abuse of power + a stain on public service," declared the freshman congresswoman. "I don't care if it's a Democrat doing it (both parties do). In fact, that makes it worse — we're supposed to fight FOR working people, not against them."

Proponents of AB 5 tout it as a crucial effort to extend basic labor protections to workers in the so-called "gig economy." Three 2020 Democratic presidential primary candidates—Sens. Bernie Sanders (I-Vt.) Elizabeth Warren (D-Mass.), and Kamala Harris (D-Calif.), Boxer's successor—have come out in support of it. In an op-ed earlier this month, Warren wrote that "all Democrats need to stand up and say, without hedging, that we support AB 5 and back full employee status for gig workers."

Vox reported this week that "AB 5, which passed the state Assembly in May, presents the biggest challenge yet to the ride-hailing companies' business models and would rewrite the rules of the entire gig economy. Hundreds of thousands of independent contractors in California, ranging from Uber and Amazon drivers to manicurists and exotic dancers, would likely become employees under the bill."

Ocasio-Cortez's criticism of Boxer's work for Lyft on the bill came in response to a tweet from journalist Avi Asher-Schapiro, a North America researcher for the Committee to Protect Journalists. In a series of tweets, Asher-Schapiro outlined how gig workers often struggle to afford basic necessities like housing, highlighted the wide support for AB 5 among labor experts, and noted that the California GOP is "trumpeting" the former Democratic senator's op-ed.