Anthony Scaramucci admits he was 'wrong' about Trump in scathing op-ed: 'Many of you told me so' 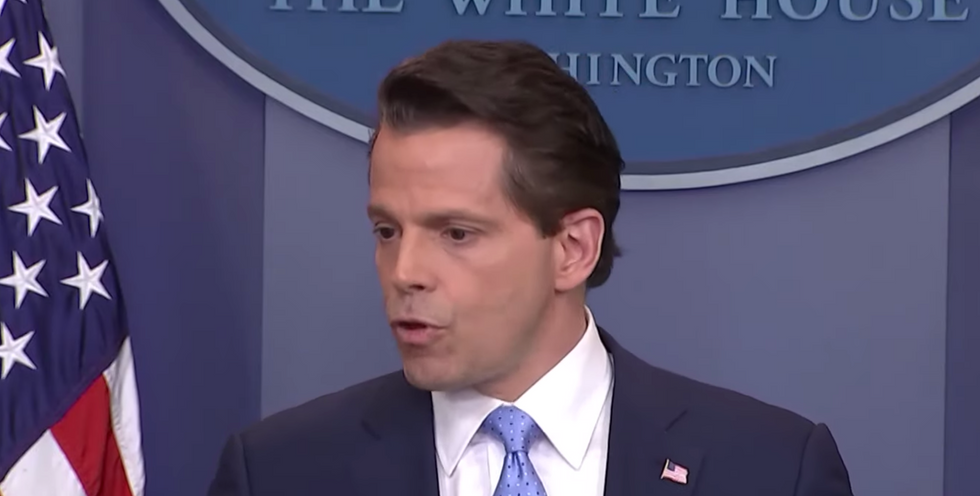 Anthony Scaramucci, the short-lived White House communications director who recently withdrew his support for President Donald Trump, escalated his criticism of the commander-in-chief in a scathing op-ed published Monday evening.

"I'm no longer seeking absolution. I just want to be part of the solution," Scaramucci, who was fired in July 2017 after just 11 days on the job, wrote in the Washington Post. "The negatives of Trump's demagoguery now clearly outweigh the positives of his leadership, and it is imperative that Americans unite to prevent him from serving another four years in office."

Scaramucci, who was previously one of the president's most ardent defenders on cable news, has gone on a sweeping media blitz in recent weeks drawing attention to the president's "increasingly divisive rhetoric," which he claims has damaged the "fabric of our society."

"The Mooch," as he is known, has used a host of metaphors in recent days to discuss his desire to see Trump replaced on the top of the Republican Party's ticket in 2020. The financier has compared Trump to the Wicked Witch of the West in the classic children's novel "The Wizard of Oz" and the Chernobyl nuclear disaster. He even used baseball to drive his message home, describing Trump as a "very tired pitcher that's now throwing balls over the backstop."

Scaramucci predicted Trump would drop out of the 2020 presidential race by March of next year once he realizes it is "impossible for him to win." He also revealed that he is assembling a coalition of past members of Trump's Cabinet in an effort to replace him as the GOP's presidential nominee in 2020.

His criticisms were not well-received by his former employer, who has taken to Twitter in recent days to describe him as a "nut job" who would "do anything" for a job at the White House.

Until recently, the one-time Trump whisperer had continued to express support for the president, even though he increasingly spoke out on TV and social media against some of his rhetoric on race and other issues. But those days are long gone, Scaramucci wrote in the Post, noting he can "no longer in good conscience support the president's re-election."

"My public praise of the man was over the top at times, but my private estimation of him was more measured. I thought Trump, despite his warts, could bring a pragmatic, entrepreneurial approach to the Oval Office," Scaramucci said. "I thought he could be the reset button Washington needed to break through the partisan sclerosis. I thought he would govern in a more inclusive way than his campaign rhetoric might have indicated, and I naively thought that by joining the administration, I could counteract the far-right voices in the room."

"I thought wrong," Scaramucci continued. "And, yes, many of you told me so."

Scaramucci went on to detail the moments which caused him to turn on Trump, noting his disapproval had been mounting over time. He pointed to the president's failure to denounce the deadly white supremacist rally in Charlottesville, Virginia, where a self-professed neo-Nazi killed a counter-protester, and policies to separate migrant children from their families at the U.S.-Mexico border as examples.

"I broke from Trump because not only has his behavior become more erratic and his rhetoric more inflammatory, but also because, like all demagogues, he is incapable of handling constructive criticism. As we lie on the bed of nails Trump has made, it's often difficult to see how much the paradigm of acceptable conduct has shifted," he said. "For the Republican Party, it's now a question of whether we want to start cleaning up the mess or continue papering over the cracks."