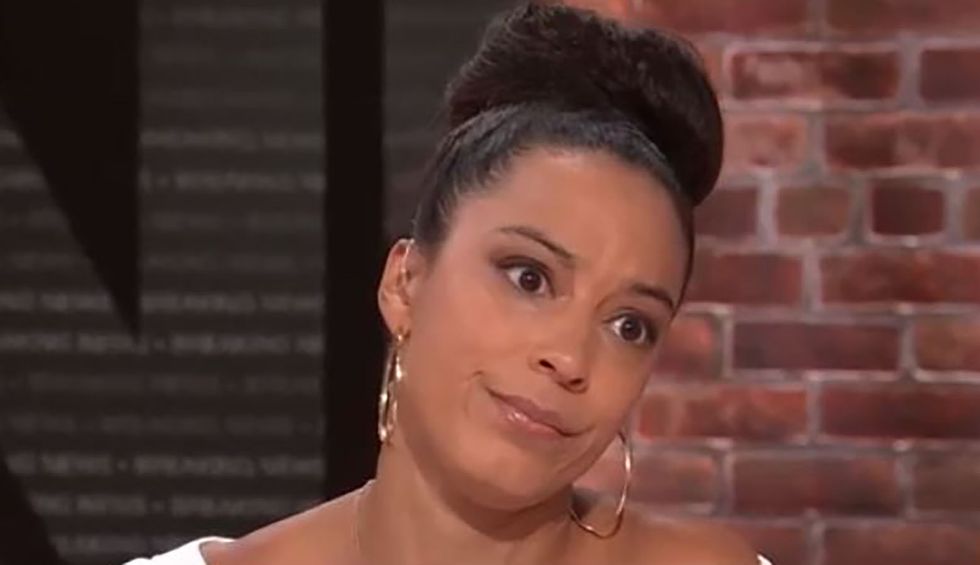 Monday morning, CNN contributor Angela Rye threw cold water on the upstart campaign of former Rep. Joe Walsh (R-IL) who announced on Sunday that he will seek to unseat Donald Trump for the 2020 GOP presidential nomination.

During a panel discussion in his chances, after he did a sit-down interview with “New Day” host Alisyn Camerota, talk turned to whether Walsh could “redeem’ himself after years of being a conservative talk radio bomb-thrower after being ousted from office.

Rye got right to the point.

“I think everyone can be redeemed that doesn’t mean they need to be president,” she began.

Rye then took on her own network for giving him airtime.

“I don’t care how he thinks he redeemed himself, I don’t think he deserves to have a microphone, an opportunity to speak on this network or any other,” she lectured. “He is not just inflammatory, he knows he twists people’s words and has benefited from it, from whatever little thing he got from the retweet moment.”

“I hope it was worth it,” she stated. “And at the end of the day he has to sleep with the consciousness of having supported someone who he is identical to if you look at the public record of everything he said on social media.”