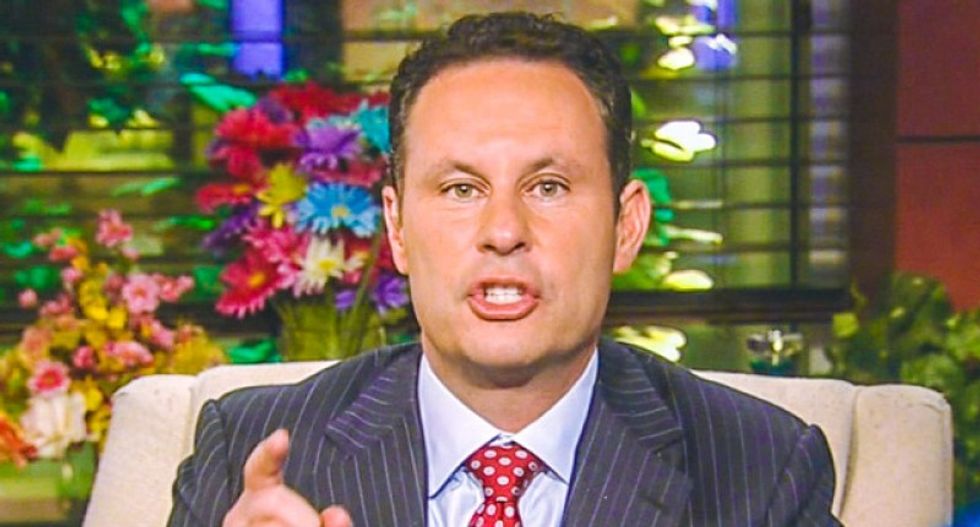 In a Facebook post, the owner of a Birmingham, Alabama restaurant said she would rather close and lose business than serve attendees coming to see "Fox & Friends" host Brian Kilmeade when he makes an appearance at a theater close by.

According to AL.com, Adeeba Khan, owner of the Shu Shop located near the Lyric Theater where Kilmeade will host a live show, said she wants no part of his crowd.

"We will be closed on Saturday, August 10," Khan wrote. "'Why?' You ask. It is because our neighbors at the Lyric have chosen to host an event that is anti-immigrant, hostile towards brown people, pro-wall, and that goes against what we believe in at Shu Shop. As a decent human, first and foremost, a person of color, a woman, a second generation immigrant of Pakistani decent, and a Birmingham native, I refuse to contribute to anyone’s hateful bullsh*t."

She added, "The hosting of Brian Killmeade flies in the face of everything that MY BIRMINGHAM is about- love, acceptance, knowledge, and RESPECT. It’s taken me a very long time to feel like any place was my home. Downtown Birmingham has been a vacant space that myself, my friends, my colleagues, my FAMILY has tried relentlessly to make better because OUR city is better. Because we believe in something better for ourselves."

"As a woman from Birmingham who got the chance to finally not feel like the outsider, who was afforded the opportunity to serve her community, who wants better for and of everyone around her, I take this blatant racist bullsh*t as a personal affront. I will not be ok with hosting this asshat in my town.

I will not be ok with this level of disrespect.

This is NOT my Birmingham. Nor should it be yours," she concluded.