A failure of justice: This man served 35 years in prison because of a $50 robbery from a bakery 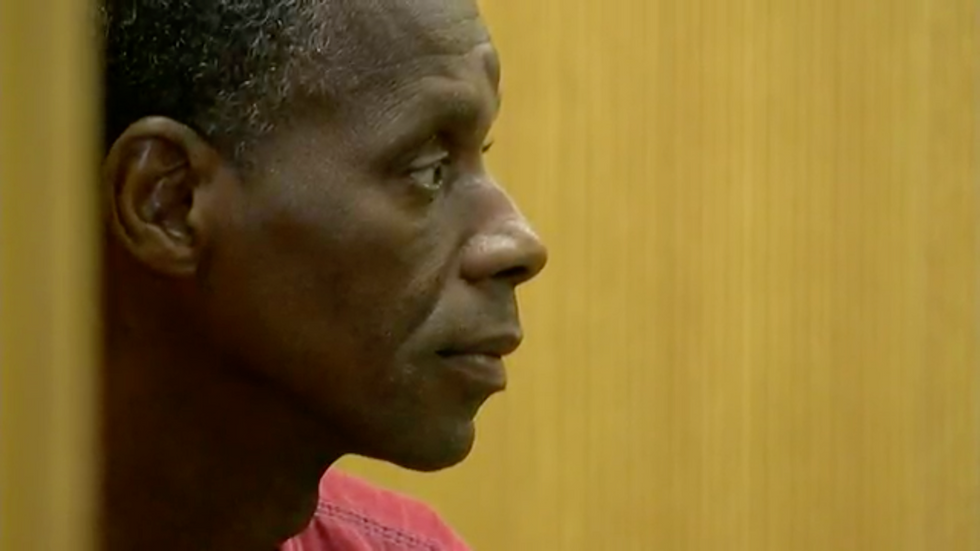 The failures of the nation's justice system were highlighted this week after a judge resentenced a man—who'd been serving life in prison without a chance of parole for a $50.75 bakery robbery—to time served.

Alvin Kennard had already served over 35 years for the 1983 first degree robbery when Judge David Carpenter on Wednesday cut the life sentence short. Kennard is expected to be released in the coming days after processing by the Alabama Board of Corrections.

Author and CNN commentator Keith Boykin weighed in on the case and the disparate hands of justice, writing on Twitter Thursday, "Wealthy CEOs and business executives steal millions of dollars from the public and never go to jail."

Under Alabama's Habitual Felony Offender Act, then 22-year-old Kennard was sentenced to life without the possibility of parole. When he was 18, Kennard had been charged with burglary, grand larceny, and receiving stolen property in connection with a break-in at an unoccupied service station. He pleaded guilty to three counts of second-degree burglary for that crime in 1979, and was given a suspended sentence of three years on probation.

Those prior crimes, which were not Class A felonies, led to his sentence under the Habitual Felony Offender Act in 1984.

While that "three strikes" law has been changed to allow a fourth-time offender the possibility of parole, as ABC News reported, it had no retroactive effect on those already imprisoned under it. Kennard's upcoming freedom is instead thanks to Carpenter noticing the case. Carla Crowder, Kennard's attorney, told the news outlet, "This was a judge that kind of went out of his way."

The case drew the attention of acclaimed filmmaker Ava Duvernay, who said on Twitter Thursday: "Bless Alvin Kennard. Everyone in this country should be ashamed of the system we allow."

Duvernay's comment came in response to a thread from Birmingham, Alabama-based journalist Beth Shelburne in which she called the previous three strikes law "merciless."

"It was extraordinary to see this wrong made right, but it only happened because the right system actors were in place," Shelburne wrote. "I hope Alabama leaders have the courage to grant the same chance to the 500+ others like Alvin who remain locked up with no hope of release."

Crowder, in her comments to ABC News, made similar points.

While welcoming Kennard's upcoming release, Crowder said that "we know that there are hundreds of similarly situated incarcerated people in the state who don't have attorneys, who don't have a voice."

"As this state grapples with the Department of Justice involvement and unconstitutional prisons," she added, "I would hope our lawmakers, our courts, and our governor would do more to address these injustices."

Kennard, for his part, said in court Wednesday, "I just want to say I'm sorry for what I did.”

"I take responsibility for what I did in the past," he said. "I want the opportunity to get it right."