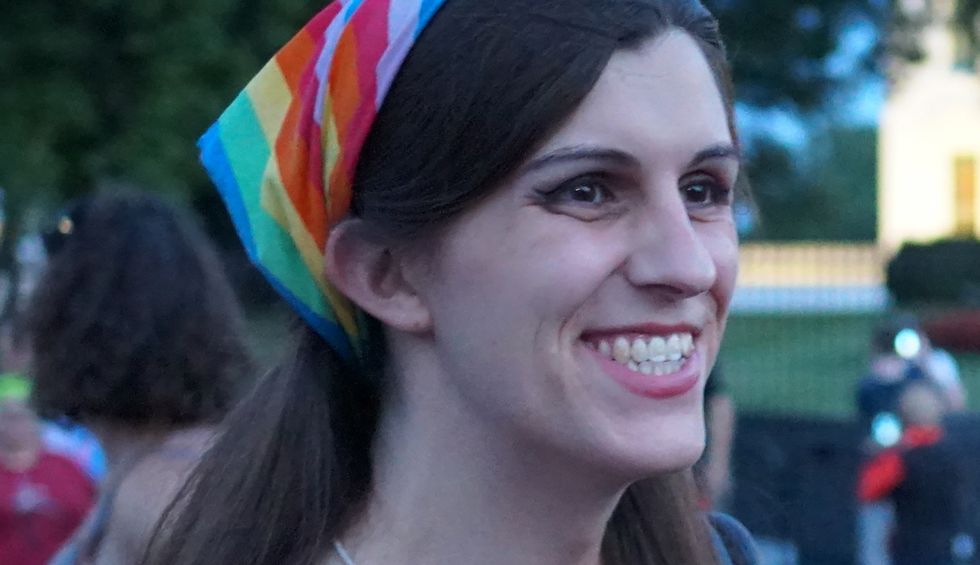 Danica Roem, a Democrat in Virginia who represents the 13th state House of Delegates District, and the first openly transgender state legislator in the entire country, is facing Republican Kelly McGinn in her 2019 re-election campaign. But along McGinn, Roem is also facing a whole lot of anti-LGBTQ groups—and their funds—that want to see her removed from office.

How much money are we talking? As the Daily Beast reports, McGinn has already received donations from a founding member of the Virginia Catholic Conference, $750 from the president (and other employees) of the Religious Freedom Institute, and $2,000 from the Eagle Forum, which supports Trump’s anti-trans military ban and (still) opposes marriage equality.

And before you give McGinn any benefit of the doubt, know that her own views are abhorrent. McGinn compared marriage equality to slavery and described it as morally repugnant.

She’s also against ending laws that permit discrimination against LGBTQ people that make it difficult for same-sex couples to adopt kids in need. She has called LGBTQ people being parents an “absurd” idea. In 2011, she provided written testimony to rally opposition to a proposal in Virginia that would have stopped private adoption agencies from discriminating against people based on sexual orientation or family status. Beyond calling it “absurd,” she added, “Although redefining family, marriage, and parenthood has become a national obsession, one man and one woman joined in marriage remain the most successful paradigmatic family in which to place a child.”

It’s probably not surprising that McGinn is also vehemently anti-abortion. In 2007, she signed a letter from Crossroads, an anti-abortion group, that denounced “the public policy positions of Catholic politicians who support abortion, embryo-destructive research, and homosexual marriage.”

McGinn presents herself as a moderate.

A key point of contention between McGinn and Roem is the Equal Rights Amendment, which progressives in Virginia have rallied behind for decades. Earlier this year, Virginia almost became the 38th state to vote to ratify the amendment. But it failed by one vote.

Unsurprisingly, McGinn opposes the ERA, while Roem supports it. Many feel that McGinn is using her stance on the ERA to obscure her hateful views, though if you understand the importance of the ERA—which would support anti-discrimination laws and strengthen cases in favor of those who have been victims of discrimination—it doesn’t conceal much at all.