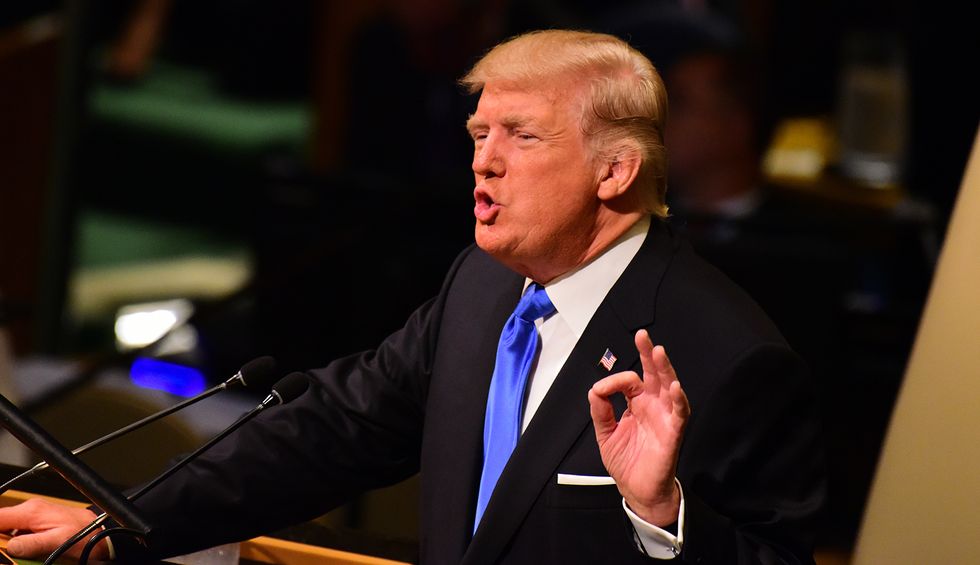 President Donald Trump changed his mind on attacking Iran last month after watching one of his pals argue against military action on Fox News.

Retired four-star Army general Jack Keane — who Trump twice asked to serve as defense secretary — appeared twice on the president’s favorite TV network on June 20 to make the case that Iran had mistakenly shot down a U.S. drone, reported Politico.

Trump had speculated earlier in the day that the action might have been a fluke, rather than a deliberate provocation, and Keane went on Fox News to state his agreement — and remind viewers of a horrific incident when Ronald Reagan was president.

“Our viewers may have forgotten, but during the tanker war in the late ‘80s when Reagan did take some action, we actually made a mistake,” Keane told viewers. “We had a USS warship shoot down an Iranian airliner in Iranian airspace — 290 people killed, 66 of them were children — and we took that for a Tomahawk F-14. That was clearly a mistake by the ship’s crew in doing that, and we acknowledged that we made a horrific mistake.”

Two sources told Politico that Keane’s reference to the 1988 incident profoundly “spooked” the president, who made repeated references to the tragedy that evening as he wrestled with his doubts about taking military action.

Trump had also spoken multiple times before calling off the airstrikes with Fox News host Tucker Carlson, who tried to steer the president away from military conflict with Iran.

Keane, who retired from military service in 2003, helped plan the Iraq surge as an advisor to the George W. Bush administration, and he has also advised former secretary of State Hillary Clinton and Mike Pompeo, who leads the State Department for Trump.

But Trump values his advice because he often sees Keane defend his policies on television.

Trump offered the Pentagon’s top job to Keane shortly after his election, on the recommendation of the late Fox News chairman Roger Ailes, but the retired general declined because his wife had passed away just months earlier.

The pair have stayed in touch, and Trump again reached out after Defense Secretary Jim Mattis resigned in December, but Keane again declined.

Trump has driven away most of the senior military officials in his administration, but he still speaks by phone to Keane — and values the insight he offers on TV.