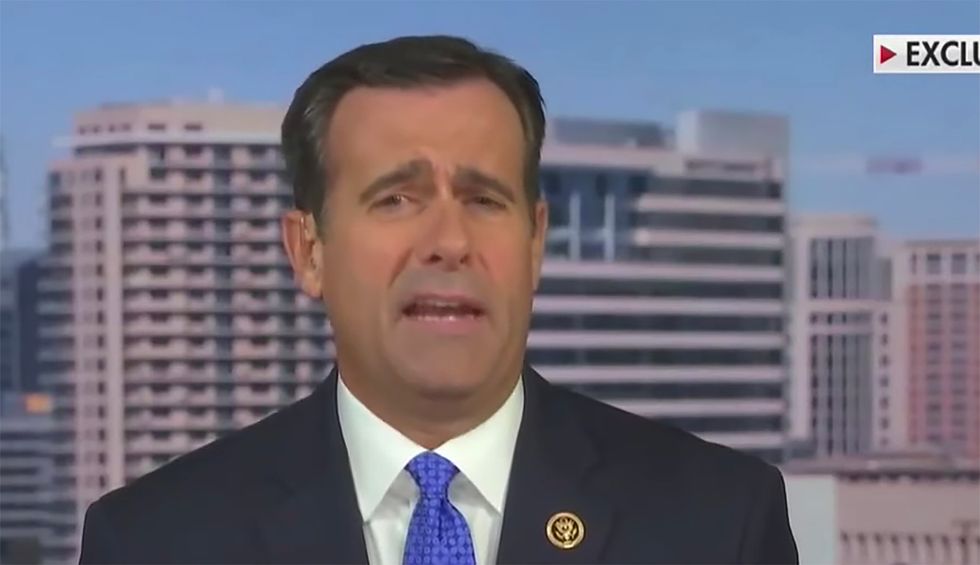 Rep. John Ratcliffe (R-TX), who delivered a stellar audition last week during special counsel Robert Mueller’s House testimony and thereafter became President Donald Trump’s pick for Director of National Intelligence, joined Fox News’ Maria Bartiromo on Sunday to accuse the Obama Administration of committing crimes by opening the investigation into Russian interference in the 2016 presidential election (which was, of course, and FBI investigation).

Ratcliffe said the Russia investigation was run by “Hillary Clinton’s de facto legal team” before turning the tables on the previous administration:

I think the first thing we need to do is make sure we don’t do what the Democrats have done. They accused Donald Trump of a crime and then they try and reverse engineer a process to justify that accusation.

“I’m not going to accuse any specific person of any specific crime,” he clarified. “I just want there to be a fair process to get there. What I do know as a former federal prosecutor is that it does appear that there were crimes committed during the Obama administration.”

Ratcliffe said Barr and the Department of Justice should “look at” the origins of the Mueller probe because “there’s been no accountability for that yet.”

The interview recalls Trump’s March 2017 tweets during which he baselessly accused the Obama administration of “wire tapping” (quotations his) Trump Tower before the election. With a pending Director of National Intelligence on the same page as Attorney General William Barr, it seems Trump could warm up to the intelligence community as a whole. Axios reports that Trump previously considered the office “an unnecessary bureaucratic layer and that he would like to get rid of it.”

The Deep State conspiracy never did hold water. It really comes down to power.