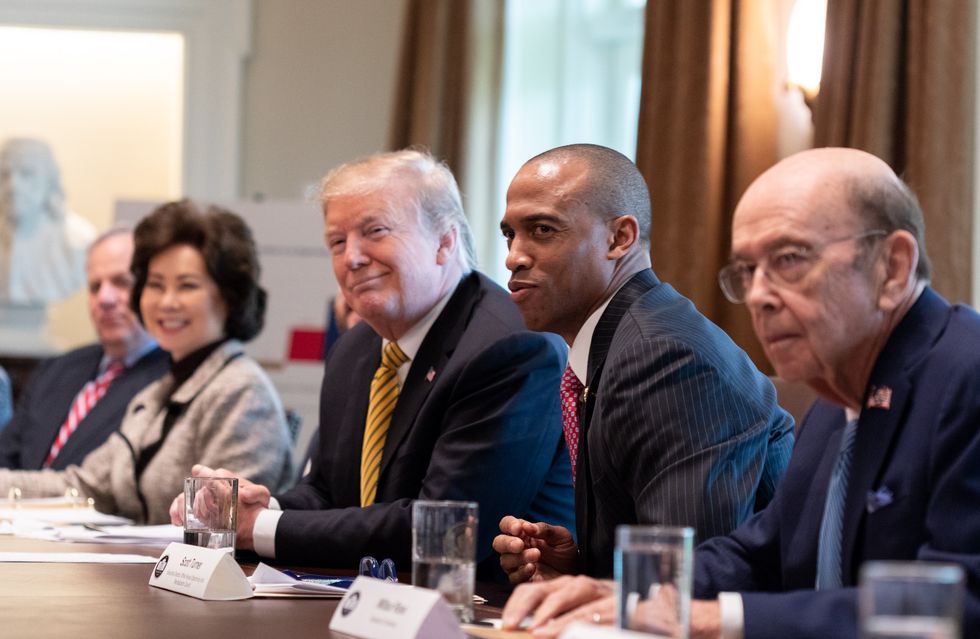 While announcing the first interest rate cut since the 2008 financial crisis — which President Donald Trump has been furiously calling for — Federal Reserve Chair Jerome Powell systematically undercut the Republican Party's claims about its policies' effects on the economy.

The most central justification for the cut, as CNBC's John Harwood noted, is actually antithetical to the claims the GOP made in support of its 2017 tax cut. The benefits of that legislation largely went to corporations and wealthy people, and it was supposed to drive up business investment in the United States.

But it doesn't seem to be working, as I've reported previously and Powell's remarks revealed. This confirmed what many skeptics of the Republican plan feared.

"The manufacturing and business investment part of the economy is not growing very much,” Powell said Wednesday.

Rather than seeing the economy as undergoing a Trumpian renaissance, as the White House likes to sell it, Powell said that we're in a state of "uncertainty" that needs more accommodative policy.

And it's not just the GOP tax cut that seems to be failing to deliver. Powell indicated that Trump's trade wars are also a significant drag on the economy.

"In light of the implications of global developments for the economic outlook as well as muted inflation pressures, the committee decided to lower the target range for the federal funds rate,” the FOMC said in a statement.

More explicitly, Powell said the rate cut is meant to protect against the "downside risks from weak global growth and trade tensions.”

So, in other words, despite Republican boasting about a booming economy, a massive $1.5 trillion tax cut, a wild deregulatory push, and Trump's imagined dealmaking talents being applied to the global trade arena, the Fed chair thinks the economy is at risk enough that he should take a step the reserve bank hasn't taken in over a decade.

Trump has been lambasting Powell and the Fed, calling for this kind of rate cut (though he would likely prefer it to be even more drastic), in recent weeks and months. These attacks have undermined the Fed's independence and raised questions about the motivation behind the new cuts. But they also reveal that Trump is not actually confident that the tax cut and his agenda of deregulation will help the economy enough to ensure his re-election. And the fact that the GOP, as well as much of conservative media, has gone along with this charade even though they called for interest rate increases from the Fed under President Barack Obama when the economy was struggling to recover from a recession, shows the craven and malleable nature of right-wing ideology.