The cheapest way to save the planet grows like a weed 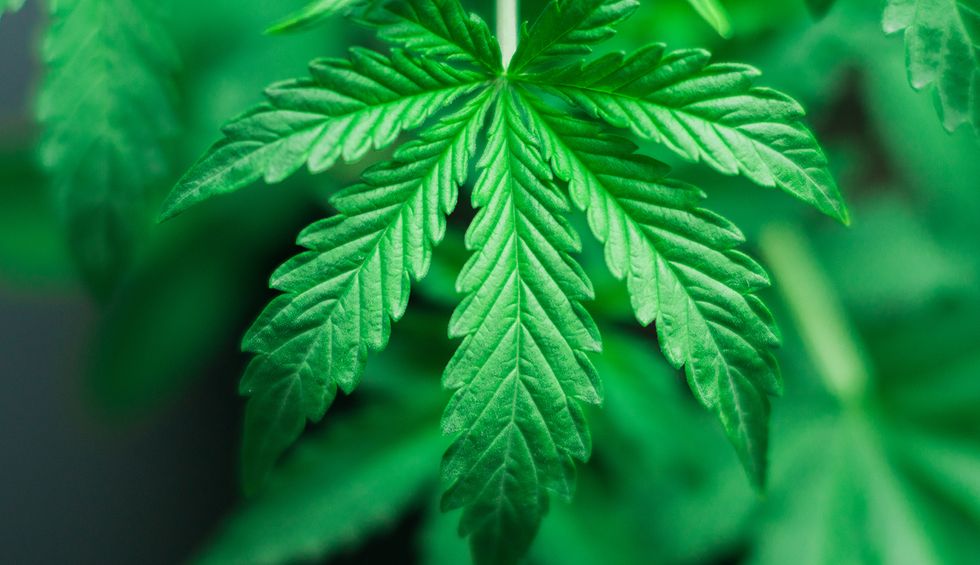 Planting billions of trees across the world is by far the cheapest and most efficient way to tackle the climate crisis. So states a Guardian article, citing a new analysis published in the journal Science. The author explains:

As trees grow, they absorb and store the carbon dioxide emissions that are driving global heating. New research estimates that a worldwide planting programme could remove two-thirds of all the emissions that have been pumped into the atmosphere by human activities, a figure the scientists describe as “mind-blowing”.

For skeptics who reject the global warming thesis, reforestation also addresses the critical problems of mass species extinction and environmental pollution, which are well-documented. A 2012 study from the University of Michigan found that loss of biodiversity impacts ecosystems as much as does climate change and pollution. Forests shelter plant and animal life in their diverse forms, and trees remove air pollution by the interception of particulate matter on plant surfaces and the absorption of gaseous pollutants through the leaves.

The July analytical review in Science calculated how many additional trees could be planted globally without encroaching on crop land or urban areas. It found that there are 1.7 billion hectares (4.2 billion acres) of treeless land on which 1.2 trillion native tree saplings would naturally grow. Using the most efficient methods, 1 trillion trees could be restored for as little as $300 billion—less than 2% of the lower range of estimates for the Green New Deal introduced by progressive Democrats in February.

The Guardian quoted Professor Tom Crowther at the Swiss university ETH Zürich, who said, “What blows my mind is the scale. I thought restoration would be in the top 10, but it is overwhelmingly more powerful than all of the other climate change solutions proposed.” He said it was also by far the cheapest solution that has ever been proposed. The chief drawback of reforestation as a solution to the climate crisis, as The Guardian piece points out, is that trees grow slowly. The projected restoration could take 50 to 100 years to reach its full carbon sequestering potential.

Fortunately, as of December 2018, there is now a cheaper, faster and more efficient alternative—one that was suppressed for nearly a century but was legalized on a national scale when President Trump signed the Agriculture Improvement Act of 2018.

This is the widespread cultivation of industrial hemp, the nonintoxicating form of cannabis grown for fiber, cloth, oil, food and other purposes. Hemp grows to 13 feet in 100 days, making it one of the fastest carbon dioxide-to-biomass conversion tools available. Industrial hemp has been proved to absorb more CO2 per hectare than any forest or commercial crop, making it the ideal carbon sink. It can be grown on a wide scale on nutrient-poor soils with very small amounts of water and no fertilizers.

Hemp products can promote biodiversity and reverse environmental pollution by replacing petrochemical-based plastics, which are now being dumped into the ocean at the rate of one garbage truck per minute. One million seabirds die each year from ingesting plastic, and up to 90% have plastic in their guts. Microplastic (resulting from the breakdown of larger pieces by sunlight and waves) and microbeads (used in body washes and facial cleansers) have been called the ocean’s smog. They absorb toxins in the water, enter the food chain and ultimately wind up in humans. To avoid all that, we can use plastic made from hemp, which is biodegradable and nontoxic.

Other environmental toxins come from the textile industry, which is second only to agriculture in the amount of pollution it creates and the voluminous amounts of water it uses. Hemp can be grown with minimal water, and hemp fabrics can be made without the use of toxic chemicals.

Environmental pollution from the burning of fossil fuels can also be reversed with hemp, which is more efficient and environmentally friendly than wheat and corn as a clean-burning biofuel.

Hemp cultivation also encourages biodiversity in the soil, by regenerating farmland that has long been depleted from the use of toxic chemicals. It is a “weed” and grows like one, ubiquitously, beating out other plants without pesticides or herbicides; and its long taproot holds the soil, channeling moisture deeper into it. Unlike most forestry projects, hemp can be grown on existing agricultural land and included as part of a farm’s crop rotation, with positive effects on the yields and the profits from subsequent crops.

Hemp cultivation is profitable in many other ways—so profitable that it is effectively a self-funding solution to the environmental crisis. According to a Forbes piece titled “Industrial Hemp Is the Answer to Petrochemical Dependency,” crop yields from hemp can range from $20,000 to $50,000 per acre. Its widespread cultivation can happen without government subsidies. Investment in research, development and incentives would speed the process, but market forces will propel these transformations even if Congress fails to act. All farmers need for incentive is a market for the products, which hemp legalization has provided. Due to the crop’s century-long suppression, the infrastructure to capitalize on its diverse uses still needs to be developed, but the infrastructure should come with the newly opened markets.

Hemp can break our dependency on petrochemicals, not only for fuel but for plastics, textiles, construction materials and much more. It has actually been grown for industrial and medicinal purposes for millennia, and today it is legally grown for industrial use in hundreds of countries outside the U.S.

Just after the nationwide ban established by the Marihuana Tax Act in 1937, an article in Popular Mechanics claimed it was a billion-dollar crop (the equivalent of about $16 billion today), useful in 25,000 products ranging from dynamite to cellophane. New uses continue to be found, including eliminating smog from fuels, creating a cleaner energy source that can replace nuclear power, removing radioactive water from the soil and providing a very nutritious food source for humans and animals. Cannabidiol (CBD), a nonpsychoactive derivative of hemp, has recently been shown to help curb opioid addiction, now a national epidemic.

Hemp can also help save our shrinking forests by eliminating the need to clear-cut them for paper pulp. One acre planted in hemp produces as much pulp as 4.1 acres of trees, according to the USDA; and unlike trees, hemp can be harvested two or three times a year. Hemp paper is also finer, stronger and lasts longer than wood-based paper. Benjamin Franklin’s paper mill used hemp. Until 1883, it was one of the largest agricultural crops (some say the largest), and 80–90% of all paper in the world was made from it. It was also the material from which most fabric, soap, fuel and fiber were made; and it was an essential resource for any country with a shipping industry, since sails were made from it. In early America, growing hemp was considered so important that it was illegal for farmers not to grow it. Hemp was legal tender from 1631 until the early 1800s, and taxes could even be paid with it.

Banned by the Competition?

The competitive threat to other industries of this supremely useful plant may have been a chief driver of its apparently groundless criminalization in the 1930s. Hemp is not marijuana and is so low in psychoactive components that it cannot produce a marijuana “high.” It was banned for nearly a century simply because it was in the same plant species as marijuana. Cannabis came under attack in the 1930s in all its forms. Why? Hemp competed not only with the lumber industry but with the oil, cotton, petrochemical and pharmaceutical industries. Many have speculated that it was suppressed by these powerful competitors.

William Randolf Hearst, the newspaper mogul, owned vast tracts of forest land, which he intended to use for making wood-pulp paper. Cheap hemp-based paper would make his forest investments a major money loser. Hearst was a master of “yellow journalism,” and a favorite target of his editorials was “reefer madness.” He was allied with the DuPont Corporation, which provided the chemicals to bleach and process the wood pulp used in the paper-making process. DuPont was also ready to introduce petroleum-based fibers such as nylon, and hemp fabrics competed with that new market.

In fact, hemp products threatened the entire petroleum industry. Henry Ford first designed his cars to run on alcohol from biofuels, but the criminalization of both alcohol and hemp forced him to switch to the dirtier, less efficient fossil fuels that dominate the industry today. A biofuel-based infrastructure would create a completely decentralized power grid, eliminating the giant monopolistic power companies. Communities could provide their own energy using easily renewable plants.

None of this is news. Hemp historians have been writing about the crop’s myriad uses and its senseless prohibition for decades. (See “The Emperor Wears No Clothes” by Jack Herer, 1992 and “Hemp for Victory: A Global Warming Solution” by Richard Davis, 2009.)

What is news is that hemp cultivation is finally legal across the country. The time is short to save the planet and its vanishing diversity of species. Rather than engaging in endless debates over carbon taxes and Silicon Valley style technological fixes, we need to be regenerating our soils, our forests and our oceans with nature’s own plant solutions.