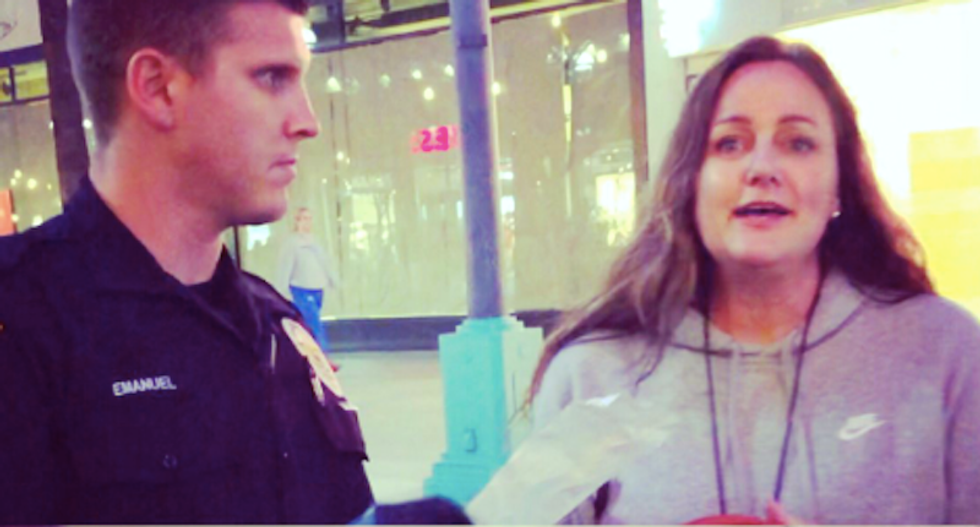 A memorable moment in a black California family's life was spoiled when a store manager accused them of stealing a basketball they'd already purchased for their baby son.

Joel Stallworth and TaMiya Dickerson took their 18-month-old son Sammy to buy his first basketball July 5 at the Nike store at Santa Monica Place, and they left after waving goodbye to employees, reported the Santa Monica Daily Press.

A white store manager followed them outside and told Stallworth, who was on the basketball and track teams at California State University, Stanislaus, to hand over the ball.

Stallworth told the woman he had paid for the ball and continued walking, but the manager continued following the family for several blocks and accused them of theft.

The manager called over two nearby police officers, and the family argued with the woman and officers because they felt they'd been racially profiled.

The officers asked to see Stallworth's receipt, and they let the family go after confirming they'd paid for the ball -- which they took back to the store for a $12 refund.

Stallworth said the incident was embarrassing and infuriating, and the manager ruined what should have been special moment sharing the game he loved with his young son.

“My son saw his father get accused of stealing,” he said. “This lady discriminated against me in front of my family.”

Stallworth was angry because police took the manager's story at face value, even though she was mistaken, and he realized that expressing his frustration had put him in danger.

“I can’t say I was surprised, because being a black man in America we really don’t hold too much weight with the police,” he said. “The manager harassing me put me in a place where it was hard to calm down, and getting riled up in front of the police can end in death for people who look like me.”

The manager, whose LinkedIn profile showed she had worked seven years for Nike, was fired after the incident, and the company apologized to the family, which is considering legal action to challenge the company's training procedures.