‘She’s too black’: MSNBC’s Stephanie Ruhle clashes with GOP pollster over claim that Kamala Harris is ‘too far left’ 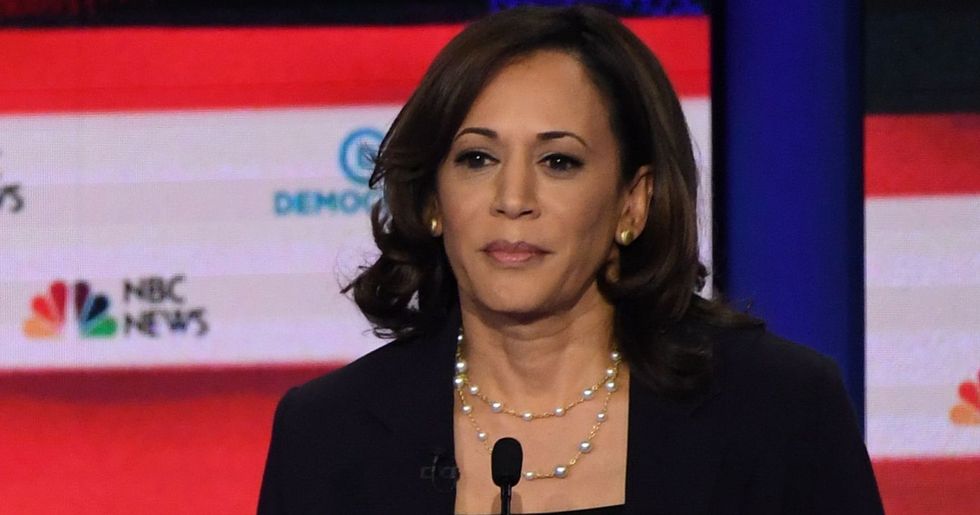 During an MSNBC appearance on Monday, Republican pollster Chris Wilson insisted that conservative voters who are disenchanted with President Donald Trump wouldn’t consider Sen. Kamala Harris an acceptable alternative because she is “too far left” — and host Stephanie Ruhle wondered if the problem is that Harris is “too black” for such voters.

Harris’ name came up when the possibility of Michigan Rep. Justin Amash (an anti-Trump conservative who recently left the Republican Party) running for president as an independent in 2020 came up. Wilson said that “NeverTrumpers” who are “looking for someone else to vote for” next year might consider a vote for either Amash or former Vice President Joe Biden.

Ruhle asked Wilson, “Why not a Kamala Harris?” And the GOP pollster responded, “Just because she’s a little bit too far left.”

Wilson asserted that Harris called for ending private health insurance and favors “open borders,” adding that saying NeverTrumpers would reject Harris “because of the color of her skin is really a little bit too 1960 for my taste, and it’s not a fair statement.”

Wilson discussed Amash again, saying that if Michigan is “close again” like it was in 2016, a presidential run by Amash could “tilt the state to the Democrat nominee.”

Veteran conservative journalist George Will was also present during the segment and explored the possibility of Amash running for president as a Libertarian.

“In close elections in close states,” Will told Ruhle, “a third-party candidate can make an enormous difference.”