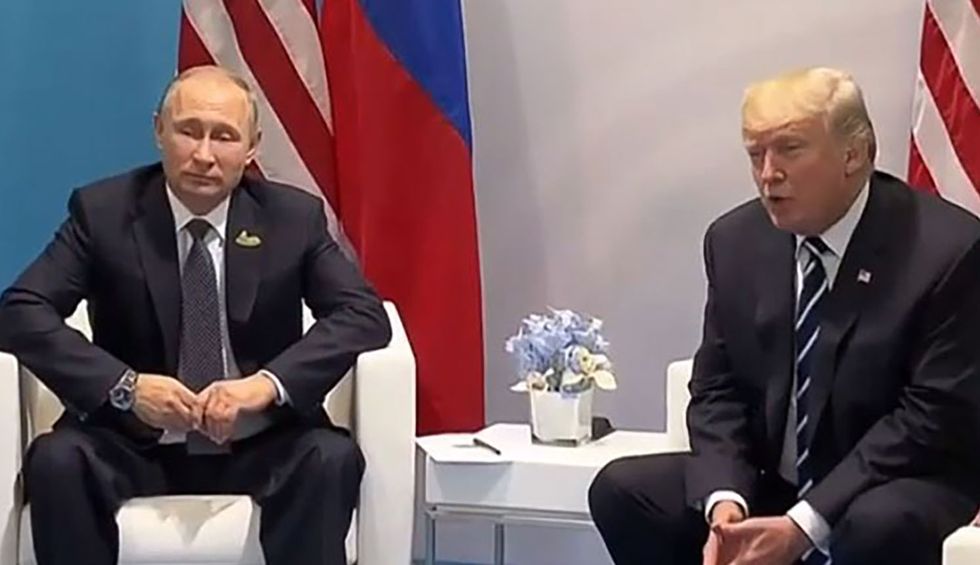 After Seth Rich — a 27-year-old employee of the Democratic National Committee (DNC) — was killed by two gunshot wounds in Washington, D.C. on July 10, 2016, his death inspired numerous right-wing conspiracy theories. And according to a report by Yahoo News, some of them came from Russian government intelligence officials, who falsely claimed that Democratic presidential nominee Hillary Clinton was to blame.

Yahoo News’ Michael Isikoff reports that after Rich’s death — which police believe was the result of a robbery attempt gone wrong — Russia’s intelligence agency, SVR, circulated a false report that Rich was fatally shot by a group of assassins working for Clinton. According to former federal prosecutor Deborah Sines, Isikoff reports, SVR circulated that bogus story on July 13, 2016 — which was only three days after the killing. Rich was killed while walking home in the Bloomingdale area of Washington, D.C.

Russian intelligence, in the fake report, claimed that Rich was killed because he planned to tell the Federal Bureau of Investigation (FBI) about corrupt activities by Clinton. And Sines, the former U.S. attorney assigned to Rich’s case, found that story ridiculous and ascertained that it was “coming from the SVR.”

“To me, having a foreign intelligence agency set up one of my decedents with lies and planting false stories — to me, that’s pretty outrageous,” Yahoo News quoted Sines as saying. “Maybe other people don’t think it’s that outrageous. I did.”

The claim that Rich was murdered for leaking DNC e-mails to WikiLeaks has been promoted by some allies of President Donald Trump, including long-time GOP operative Roger Stone and former White House Chief Strategist Steve Bannon — who, according to Yahoo News, described Rich’s death as a “contract kill, obviously” when he sent a text to a producer for CBS’ “60 Minutes” on March 17, 2017.

But law enforcement, Yahoo News reports, have no reason to believe that Rich’s death was anything other than a robbery attempt gone bad. Rich was shot twice in the back, and police believe he was shot after resisting two assailants.

No one has been charged in connection with Rich’s death.