Republican lawmaker caught on tape warning about the 'browning of America' 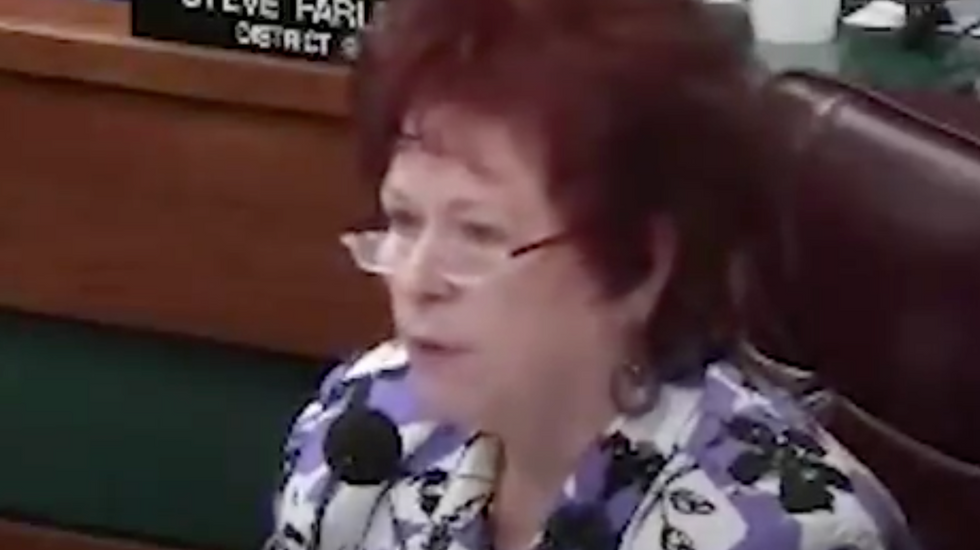 A state senator has come under fire for her comments about immigration at a recent meeting at Arizona's Republican Party headquarters.

In audio obtained and published by the Pheonix New Times, Republican Sylvia Allen can be heard warning that the United States is "going to look like South American countries very quickly" and sounding alarms about the "browning of America." She gave the remarks at "Mormon Political Pioneers" held at the headquarters, the Times reported.

"I said we needed to be able to control our immigration process so that we have time to assimilate people into our society and economic system. Jobs, housing, education, and health care," she said. "Plus to be able to teach them about the American form of government. That's all there was to it."

She also made comments that seemed to feed into white nationalist fears about racial minorities "replacing" white people in the United States.

After the remarks were published, she issued an apology.

"Let me start off by sincerely apologizing to anyone who has been hurt by my words. My intent was not to offend the residents of Arizona, but I see the effect was different and I am recognizing that. While I do apologize for the remarks, please let me clarify what I failed to articulate properly during my speech," she said.

She said her concern about South American immigration is that "some of these countries are socialist and that we must preserve our Constitutional Republic form of government and that we have not taught the next generation the difference."

Allen also added: "During my speech, I have referenced the presentation titled 'The Browning of America' by Dr. James H. Johnson who is a well-respected demographer. I want to make sure the public is aware that those are not my words."

Allen's interpretation of Johnson's research does not align with how he presents it in public lectures. In frequent talks to business groups, Dr. Johnson describes the trend of increasing immigration from Hispanic countries as a reality that the U.S. will need to adapt to if it wants to maintain its "competitiveness in the global marketplace."

In a 2013 lecture to the National Entrepreneur Center in Florida, Johnson disputed the notion that immigrants place a burden on society. He distinguished between the "fiscal impact" of immigrants, such as healthcare and education costs, with the "economic impact," which factors in the spending power of immigrants and other benefits.

Watch the NowThis clip, which includes the audio of Allen's comments, below: