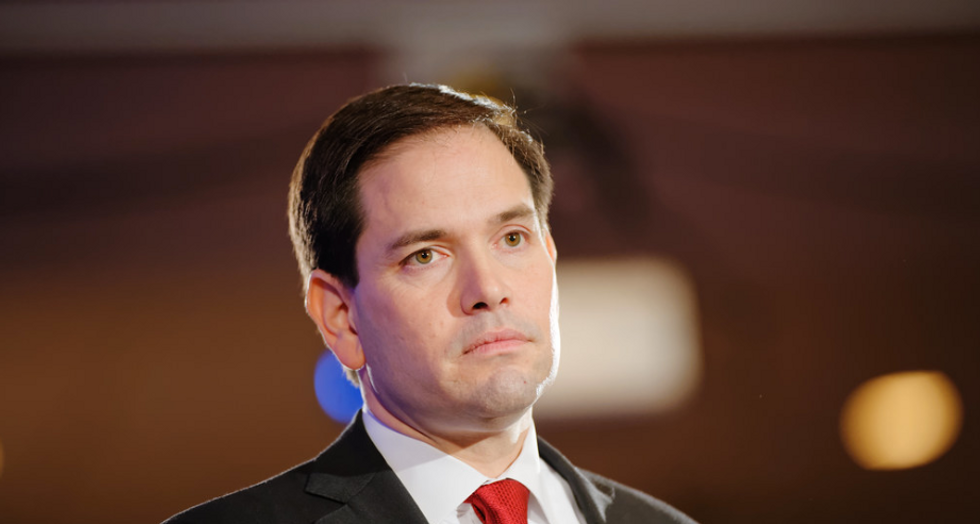 Republicans who have been willing to flat-out condemn President Donald Trump’s racist assertion that four congresswomen of color, all American citizens, should return to the countries they came from are the exception rather than the rule; most have either rushed to the president’s defense, remained silent or offered criticism that was tepid at best — and some of that tepid criticism came from Florida Sen. Marco Rubio, who is the target of a blistering July 21 editorial by the Miami Herald.

Rubio has not outright praised Trump’s assertion on Twitter that Rep. Ilhan Omar of Minnesota, Rep. Alexandria Ocasio-Cortez of New York City, Rep. Ayanna Pressley of Massachusetts and Rep. Rashida Tlaib of Michigan should leave the country. The Florida senator acknowledged that “the president shouldn’t have written that.” And after Trump supporters at a “Make America Great Again” rally in North Carolina last week began chanting, “Send her back, send her back” in reference to Omar (a Somali refugee who has been a U.S. citizen since 2000),   Rubio described the chant as “grotesque.” But as the Miami Herald stresses in its editorial, Rubio was much more critical of the Democratic congresswomen Trump attacked — which the Herald finds appalling in light of the fact that Rubio is the son of refugees from Cuba. And Rubio “wouldn’t say if he thought Trump’s racist tweet was racist,” the Herald notes.

“How disappointing,” the Herald’s editorial board writes. “Obviously, he was not the only Republican to punt or remain silent last week. But Rubio, in particular, should know the dangers of this moment and the path down which Trump is taking his followers, his party and the nation. He should have a deeper understanding of America’s tortured racial history and comprehensive knowledge of the animosity once faced by Cuban immigrants like his parents.”

When Rubio was running against Trump in the 2016 GOP presidential primary, the Florida senator was vehemently critical of the president-to-be. In 2016, Rubio asserted that the U.S. “needs a vibrant conservative movement” that is “built on principles and ideals, not on fear.” But since then, the Herald complains, Rubio has been overtaken by Trumpism, become a “pathetic” sycophant and forsaken his “dignity.”

After Trump supporters “erupted” into “chilling” chants of “send her back” in reference to Omar, the Herald writes, “Rubio couldn’t muster the courage to truly object to the horrifying display of blatant racism.”

“Rubio, far from the Republicans’ savior, seems just another slick politician with his finger in the wind — pushing the party deeper into Trump’s swamp,” the Herald’s editorial board laments.